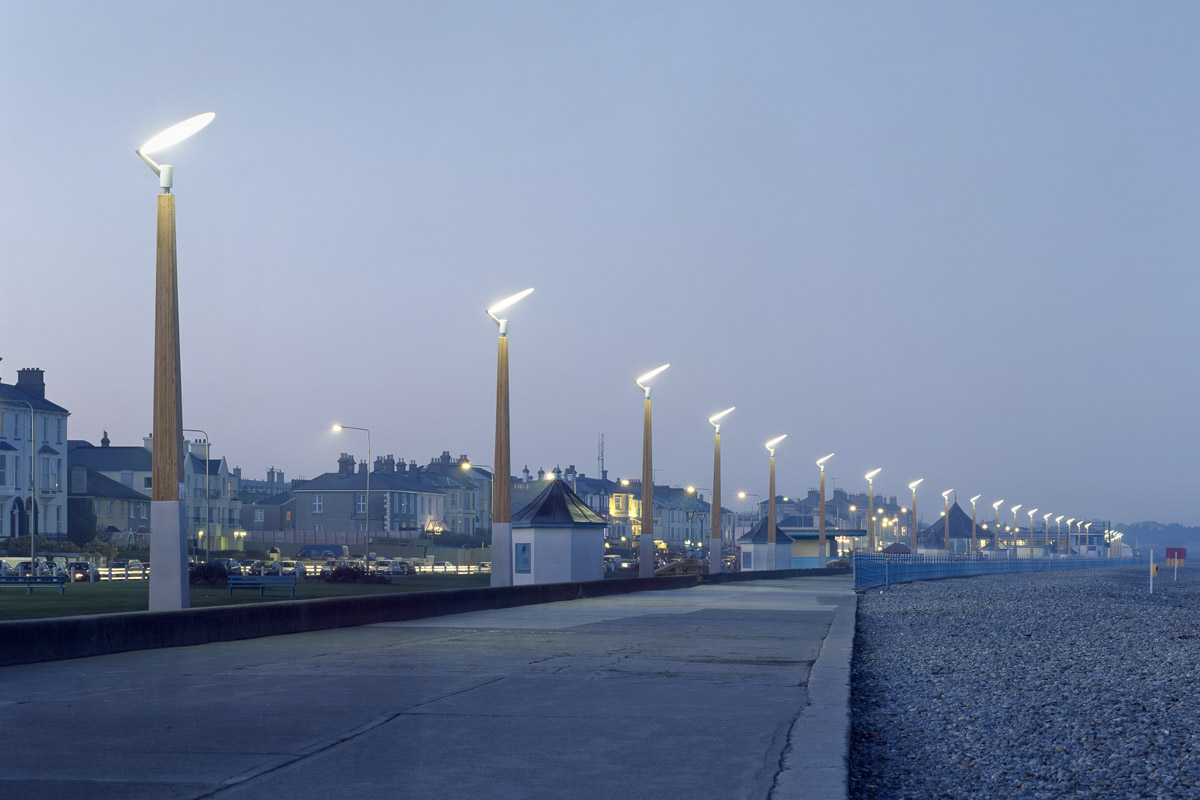 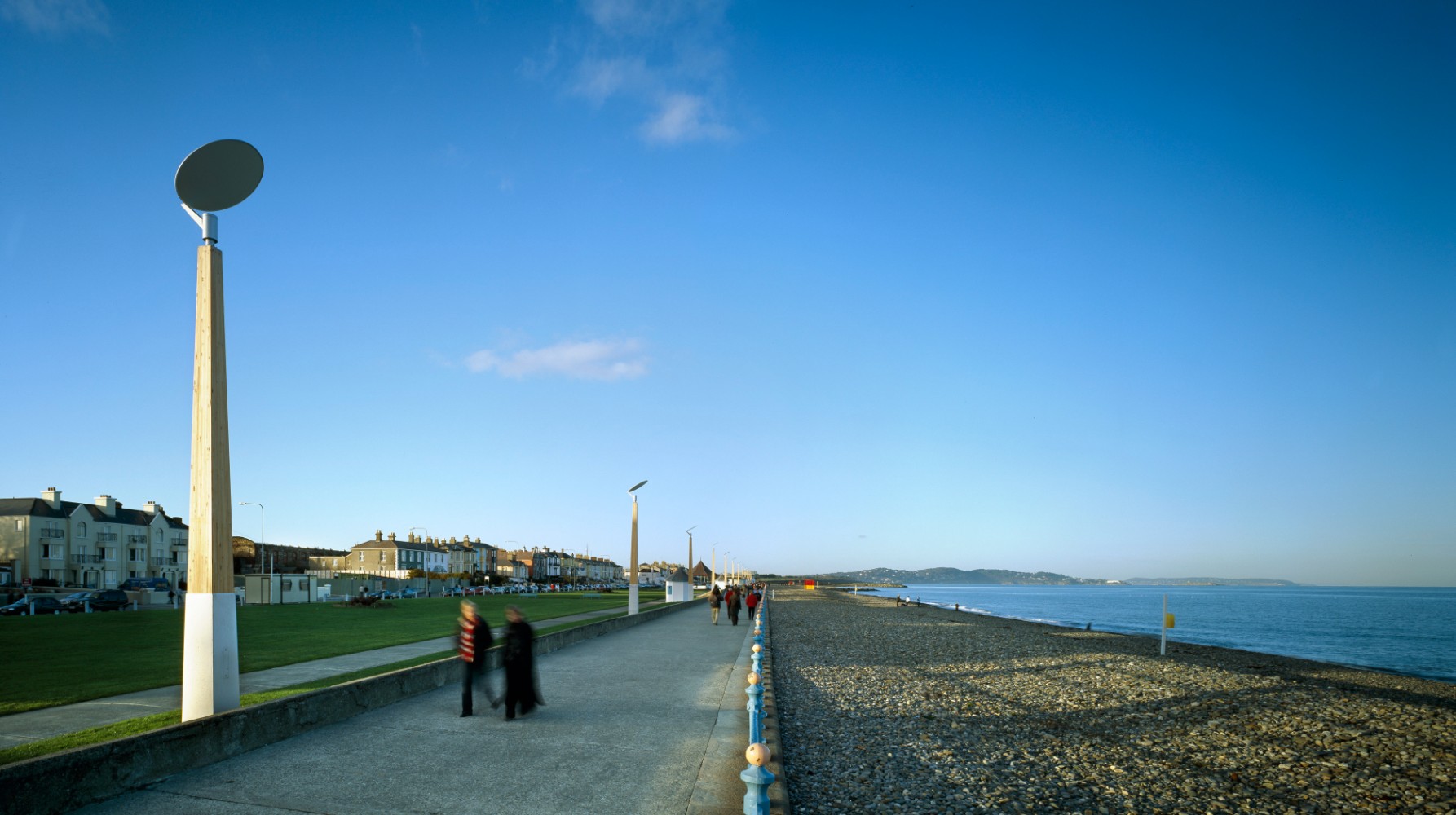 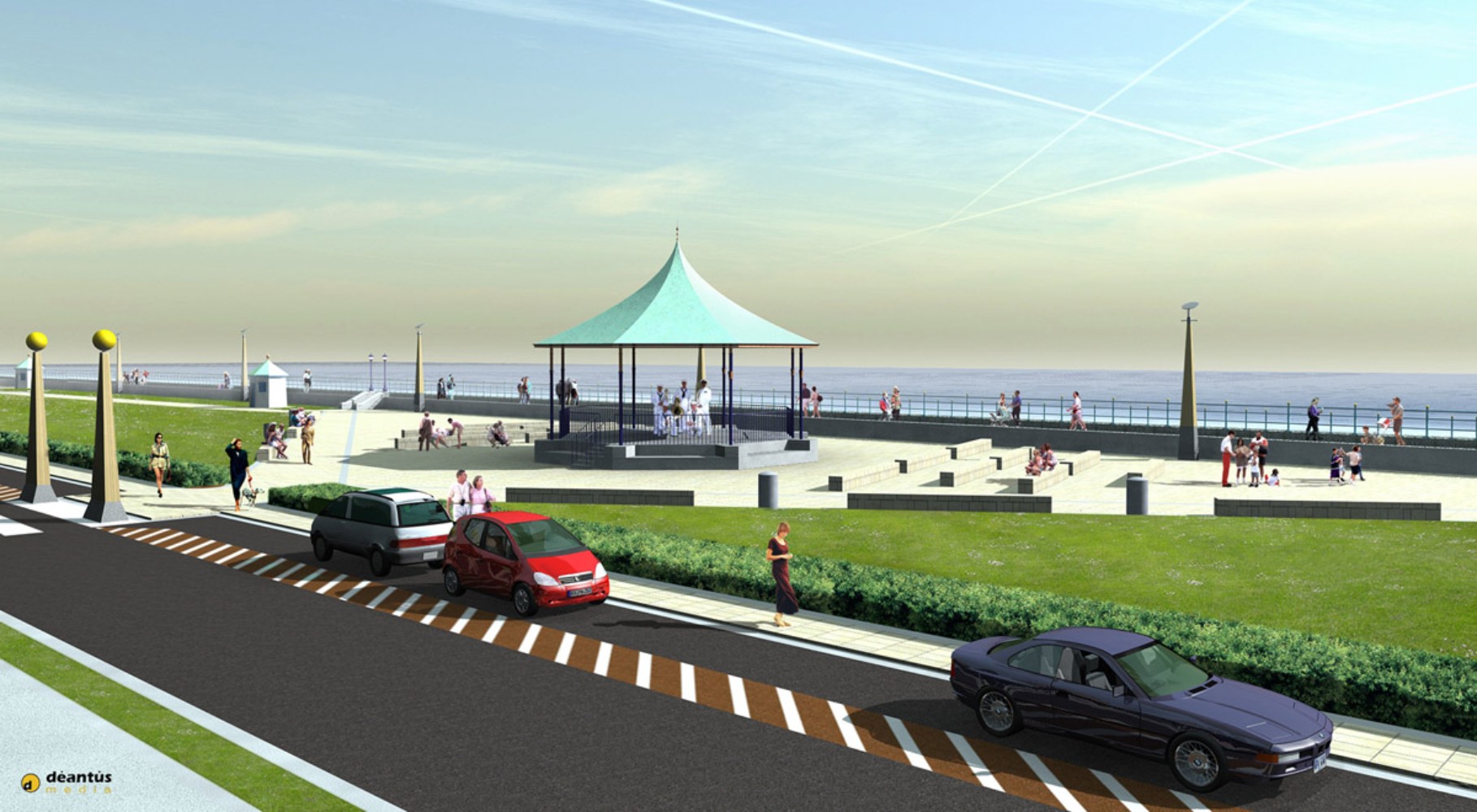 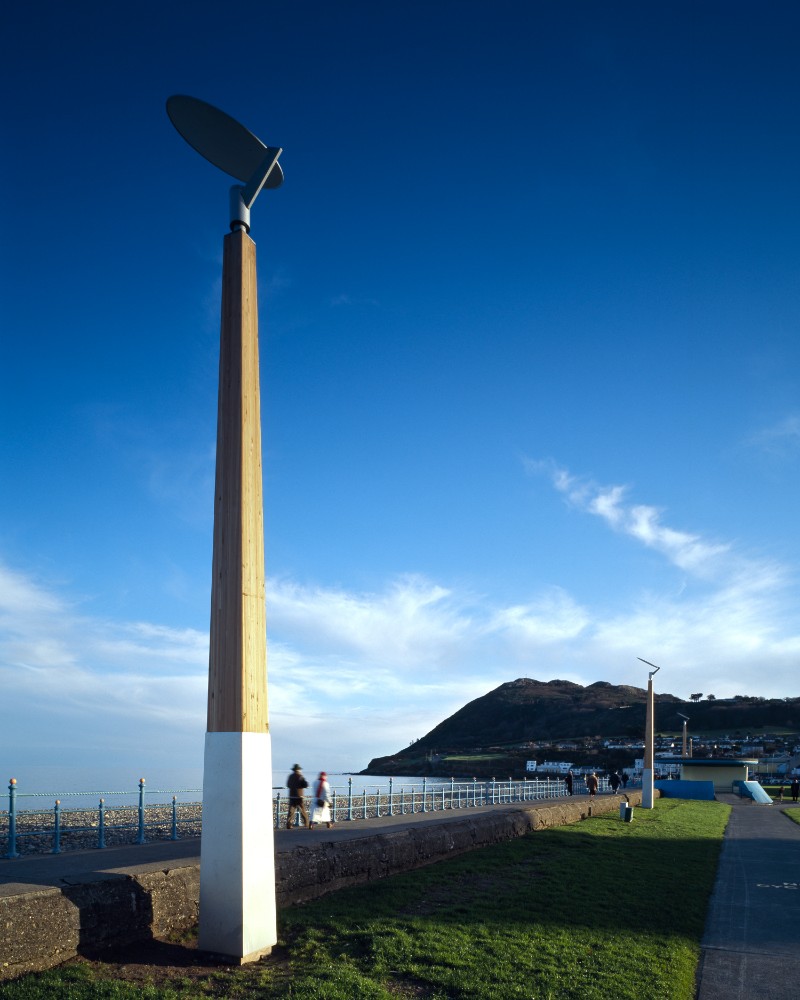 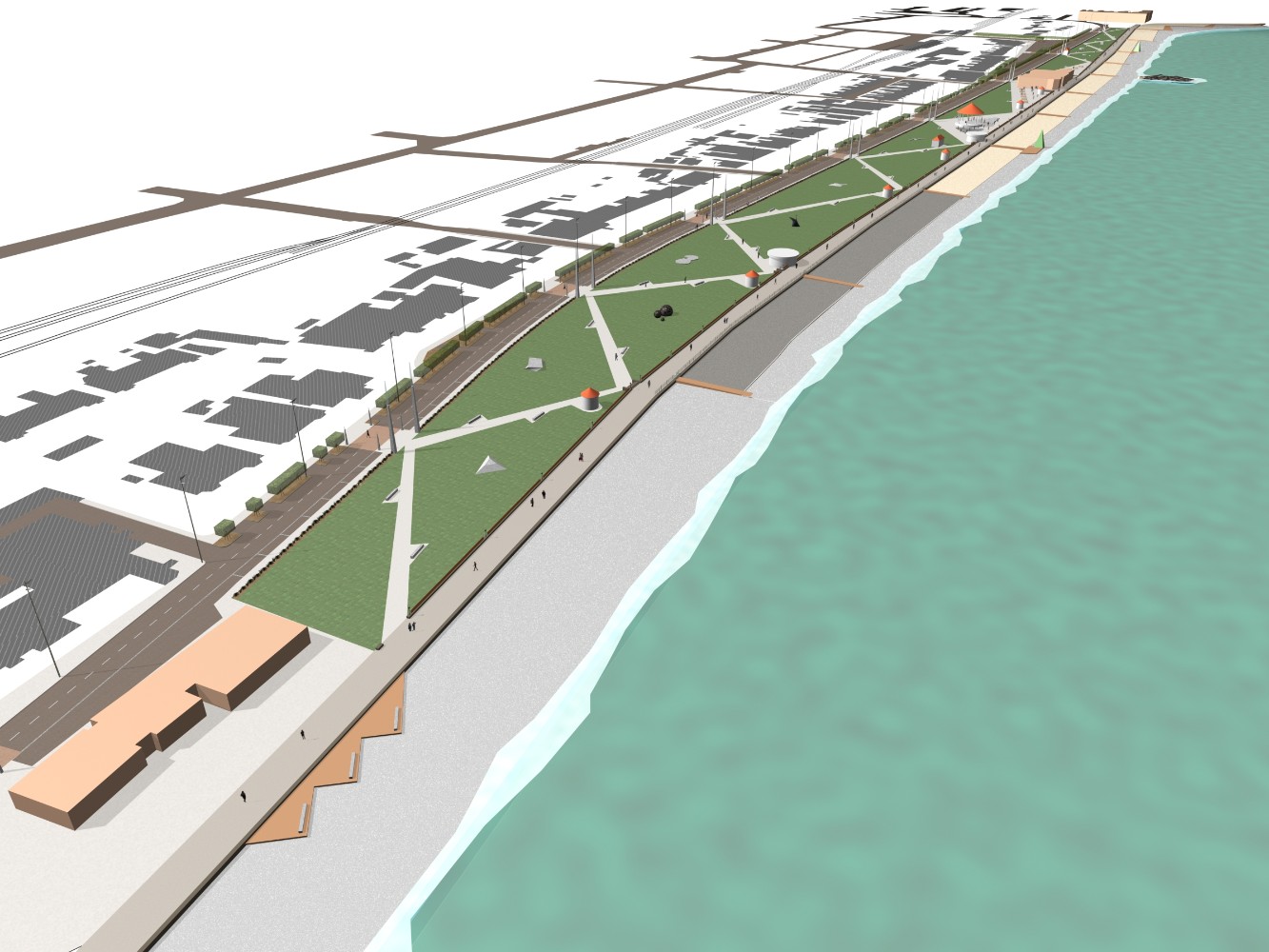 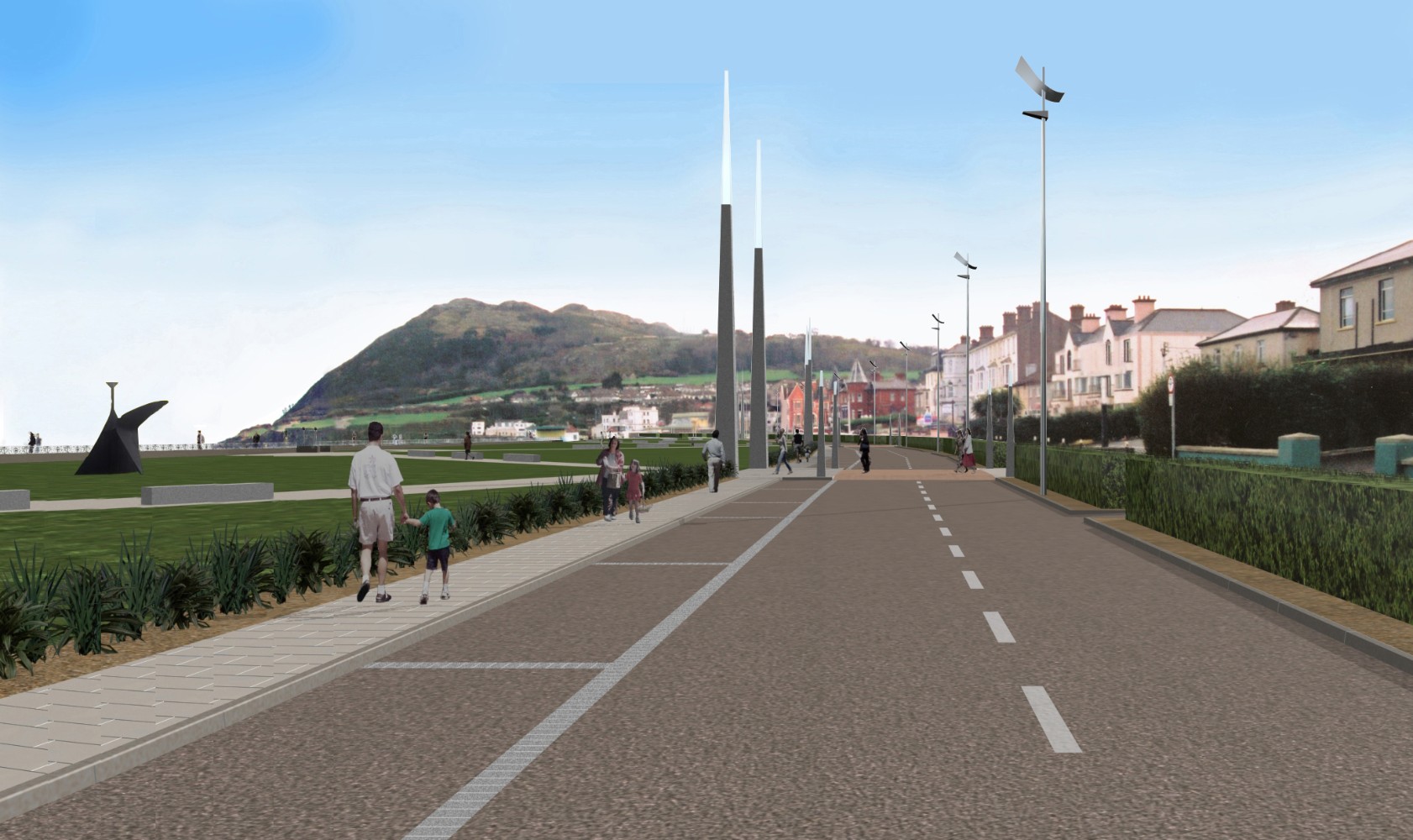 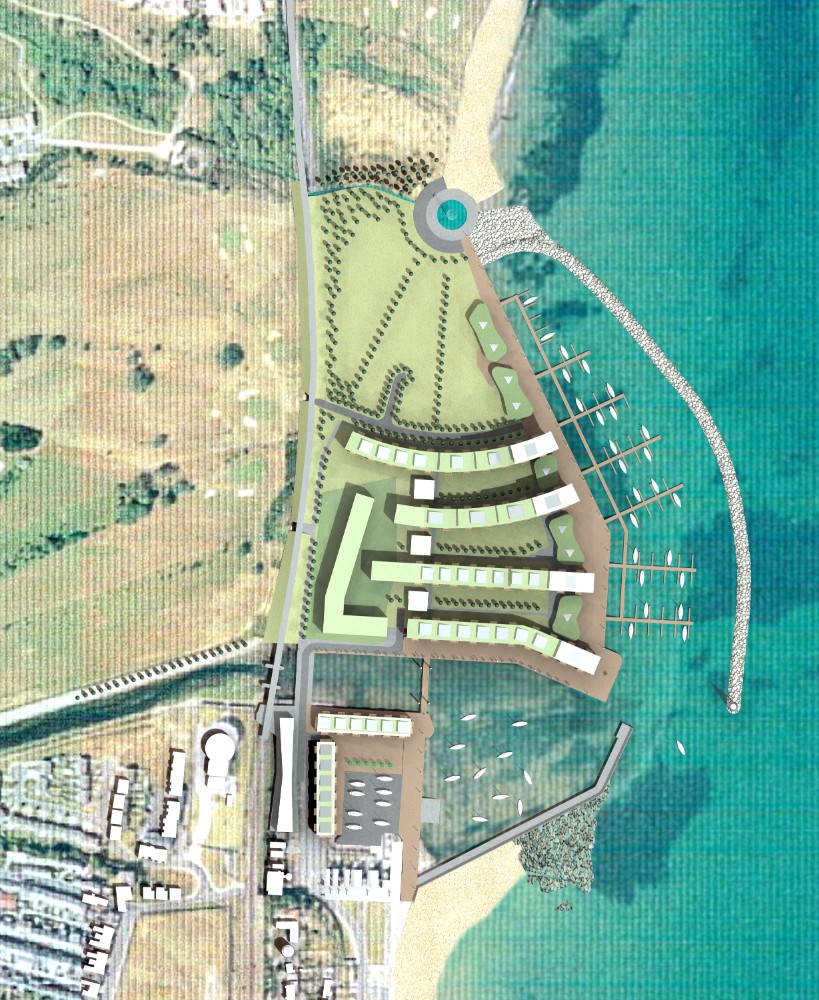 Bray, a coastal town just south of Dublin, underwent vast development during the latter half of the eighteenth century following the construction of Irelands first railway line. By the 1860’s the town had been transformed into a busy seaside resort often referred to as the ‘Brighton of Ireland’.

However, during the later decades of the Twentieth Century the town lost its appeal as a tourist resort and the condition of the seafront had deteriorated.

Our approach was to re-establish the promenade quality of the seafront, to reinstate its human scale and reverse the impact of traffic and car parking.

The master plan established a new network of diagonal pedestrian routes which zig-zag the length of the esplanade to connect existing nodal points, road junctions at the town side and existing access steps on the promenade walk. Within this pattern, existing features, such as the bandstands and kiosks would be carefully restored and where new features including bespoke lighting would be placed. Traffic would be restricted to a one-way system and parking would be reduced and most moved off the seafront.

The masterplan also identified the potential to create a new marina and residential quarter next to the existing harbour on the northern end of the seafront and the reinstatement of a cable car system leading to the summit of Bray Head on the southern end.

A first phase of development has been implemented which includes the promenade lights as well as the refurbishment of the historic bandstands.

< Back to projects
Raglan Lane Mews >