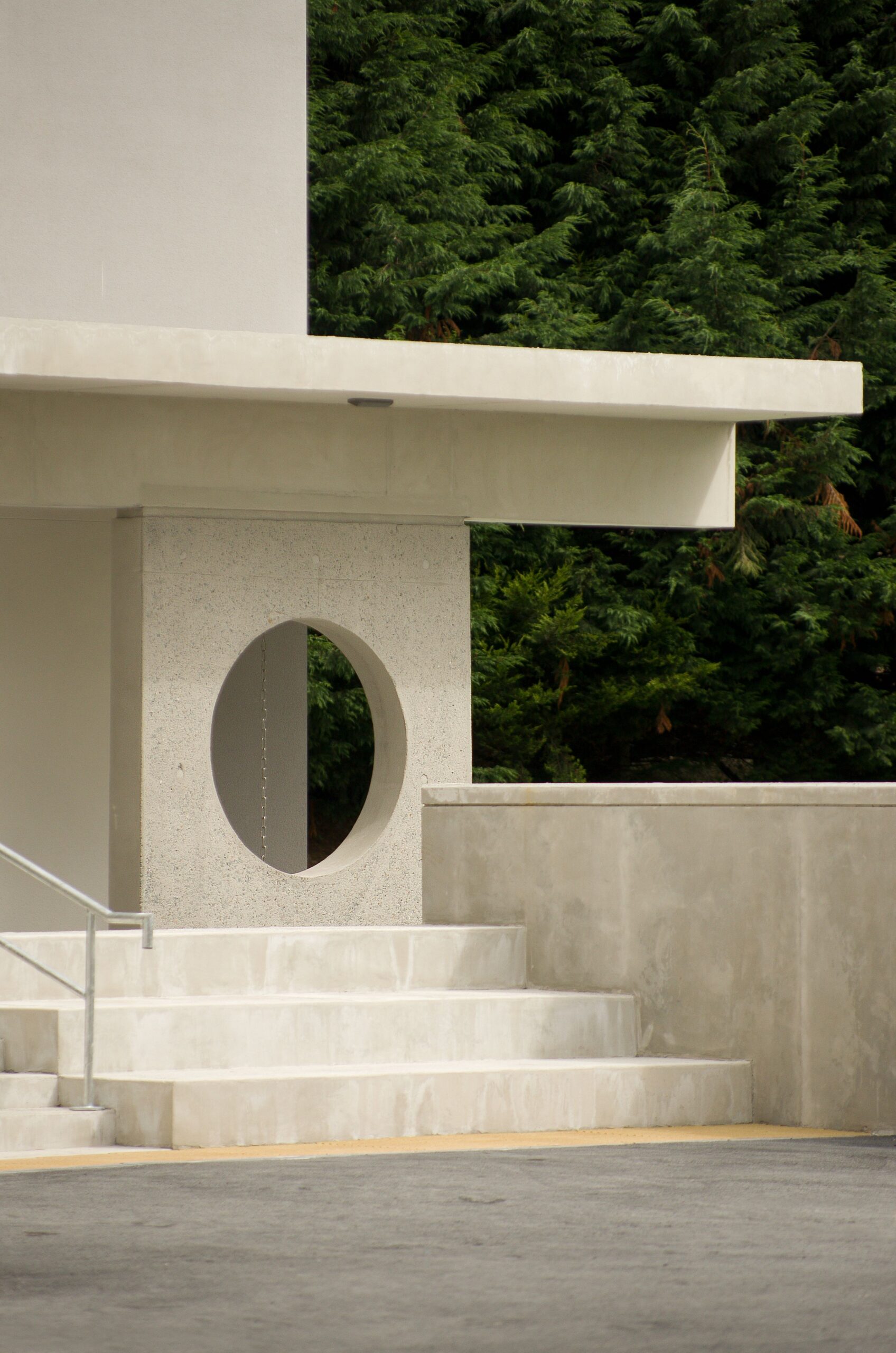 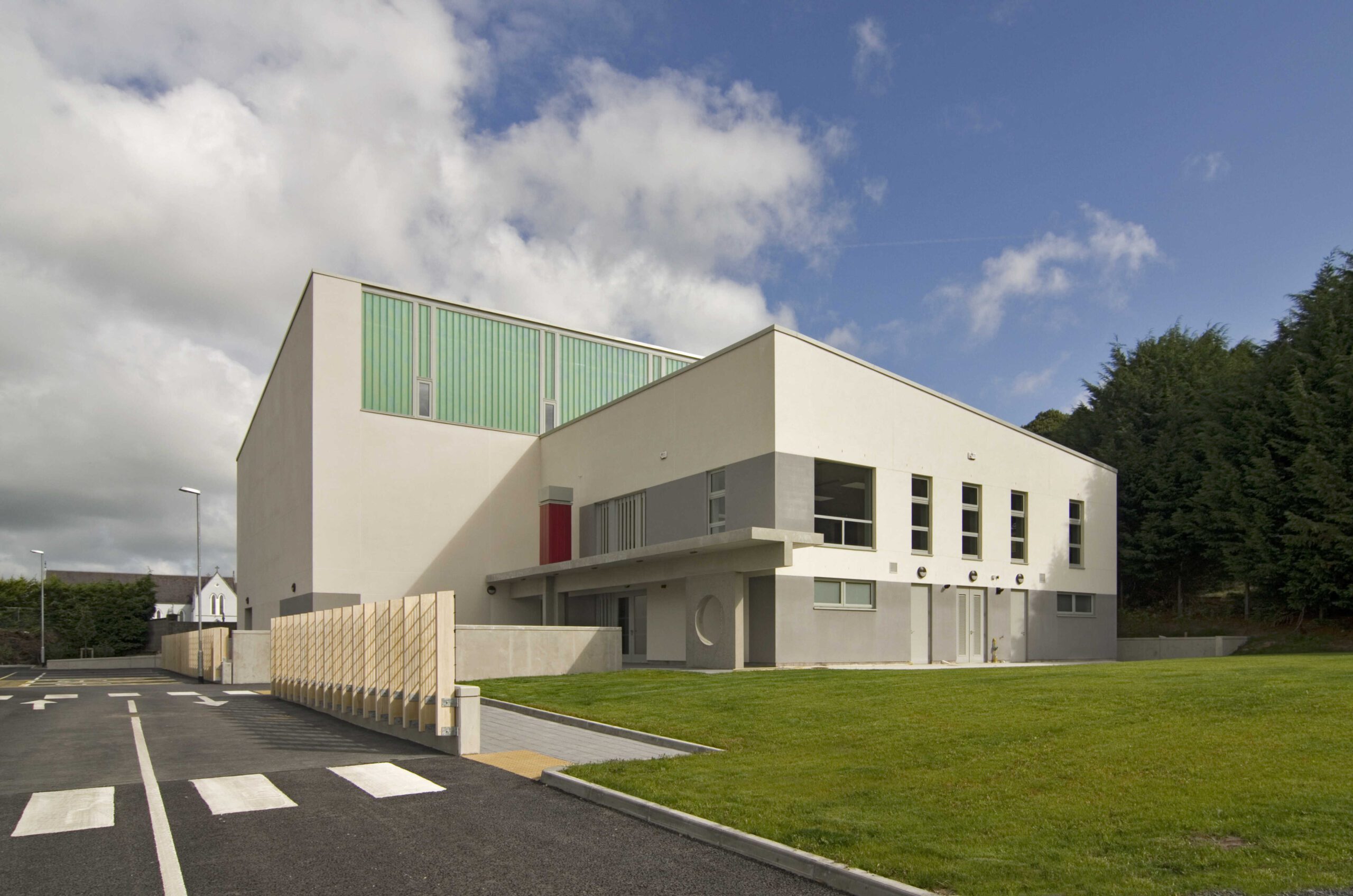 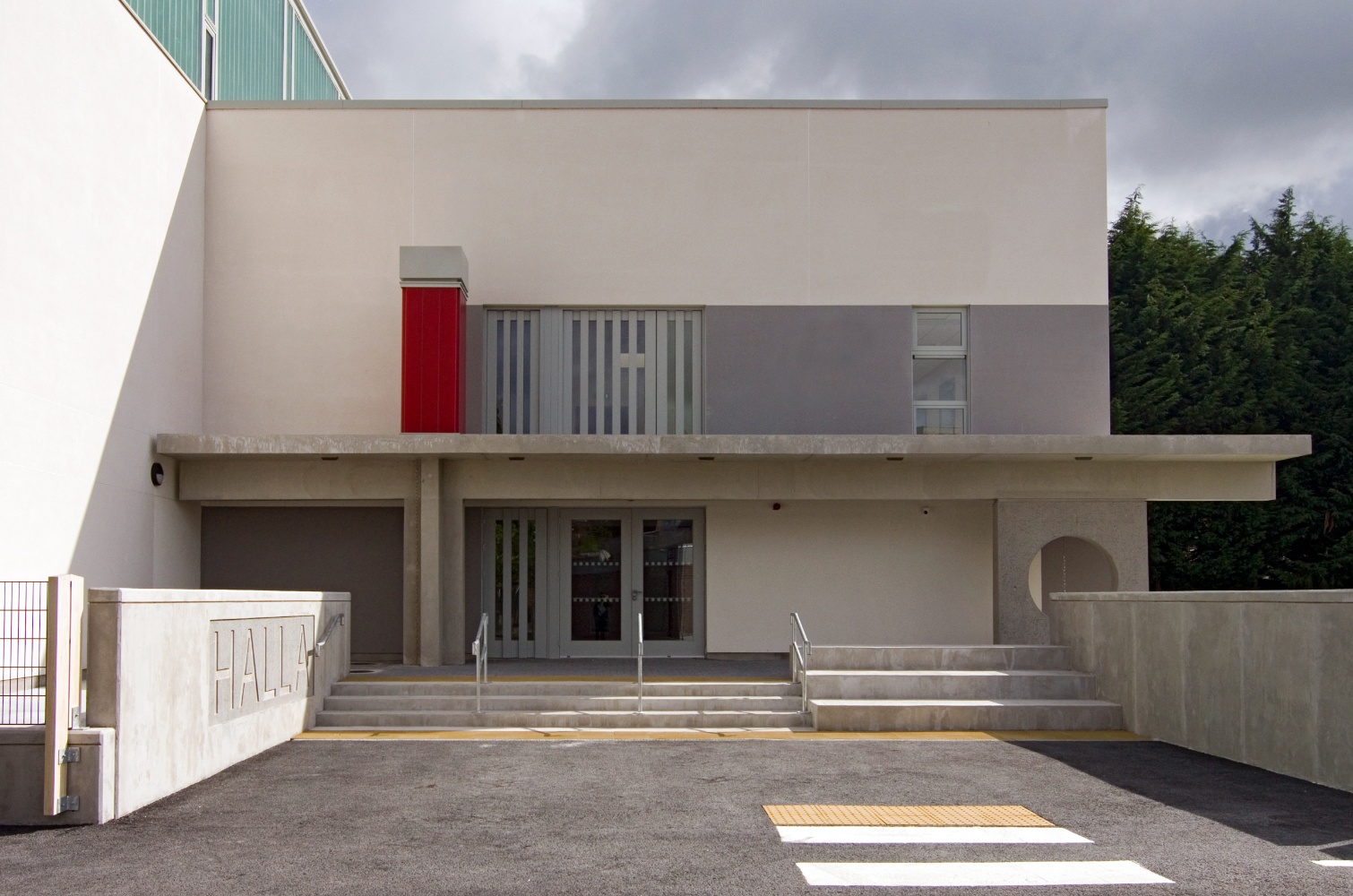 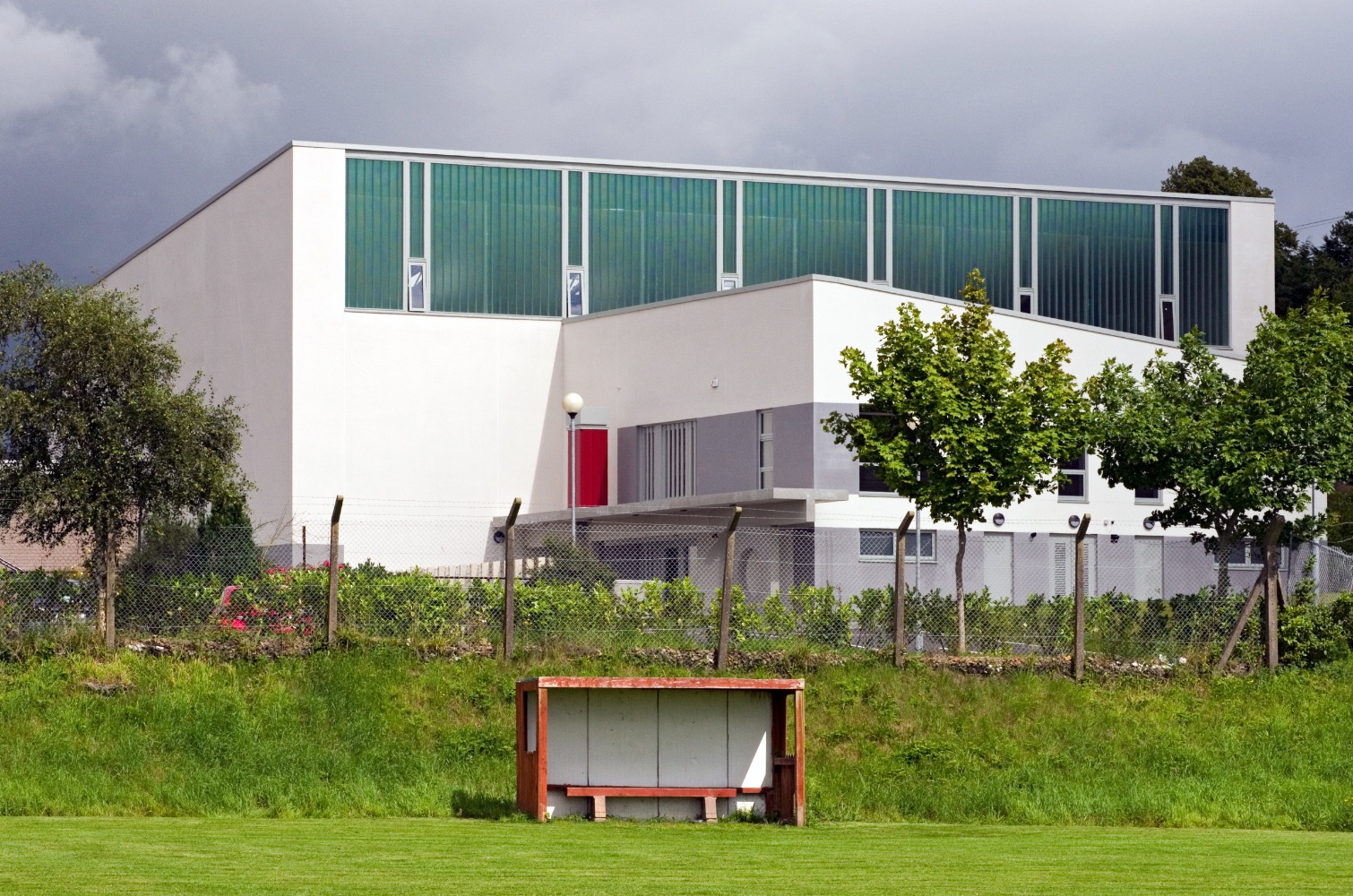 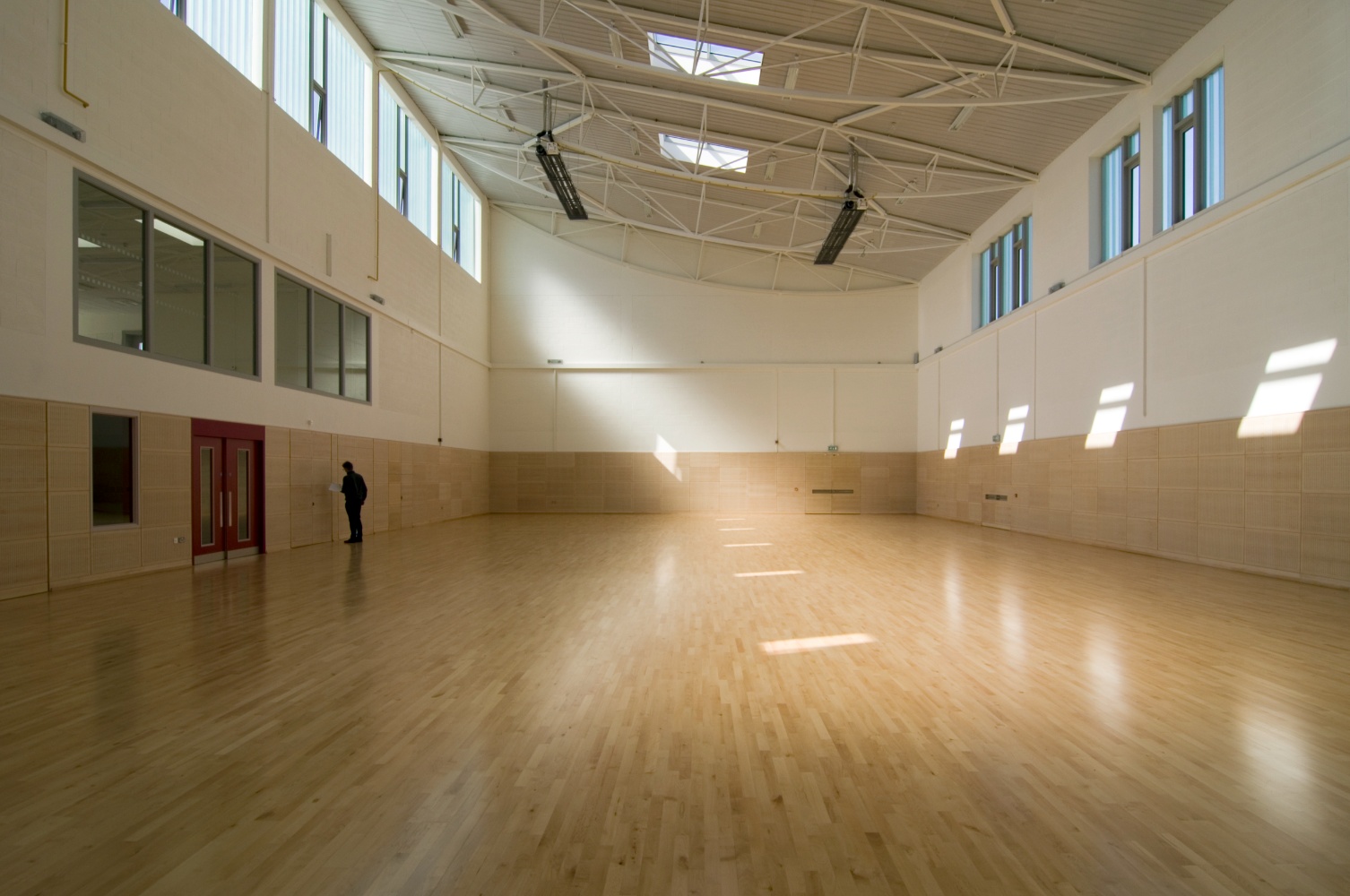 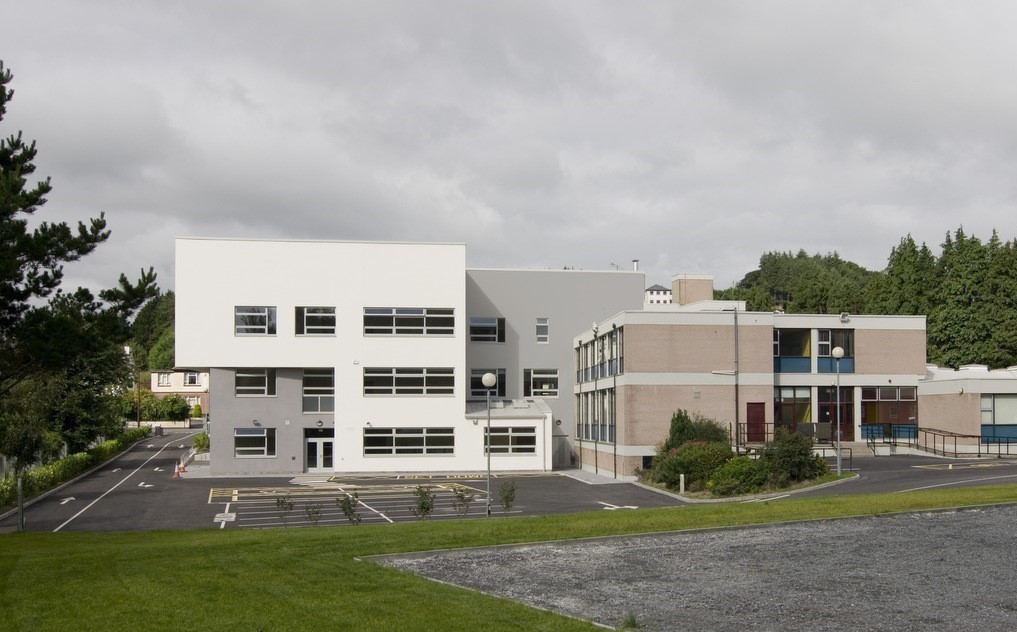 The existing college campus was split across the Dublin-Castleblayney road with the original 1950’s structure located on the west side and the more recent buildings located on the east side of a main road. This split required students to cross a busy road several times each day creating an avoidable hazard and organizational inconvenience for the students and staff.
The project brief called for the removal of the west campus and the consolidation of all classrooms on the larger east campus. In addition, all existing school accommodation was to be upgraded and various new classrooms and ancillary accommodation were to be provided to meet Department of Education and Skills standards. The brief also called for the provision of a new stand-alone sports hall.

The existing buildings on the east campus had been developed in a piecemeal way over the years, resulting in a complicated linear layout with split-level floors and inefficient circulation. This complex arrangement and the relatively narrow footprint of the useable development site presented a significant challenge for the design. The solution was to build a three-storey tower linked directly to the lift core of the existing building, creating a more radial layout centred around this core and minimising the need for additional circulation. The almost square plan of the tower also ensured that the principal teaching rooms would benefit from the light quality and cross ventilation of having a dual frontage. However the restricted dimensions of the site still required a gouge to be cut from the first and second floors of the compact form of the tower, to facilitate the main access road within the school.

The clean separation between the tower and the existing school buildings was beneficial in coordinating and phasing the development as the interface between old and new was minimised and could be scheduled into school holiday periods, as were works to various areas of the existing school building. The design solution has also taking into account a planned future development which will provide a canteen facility featuring a steep green-roof, suggestive of the distinctive drumlins which dominate the local landscape.

The new sports hall is located to the rear of the existing school on a flat section of land, formed originally to accommodate the Dundalk to Enniskillen railway line. The simple T-shaped plan of the building is formed by the larger volume of the hall intersecting with the smaller form of the ancillary accommodation containing the changing rooms, toilets and sports equipment storage at ground level and a fitness suite at first floor.

The entrance to the building is approached up a short series of steps and a ramp which together create an informal gathering area, a mini-public space, in front of the building. The detailing of the chunky timber guarding and the concrete entrance canopy evokes the memory of the railway line and a red light beacon over the canopy signals the entrance.

The dramatically high sports hall provides a full size championship basketball court, a sport at which the school excel. The flooring is maple and this same wood wraps up the walls in 2m high acoustic panels which create the atmosphere to allows the space function for receptions and as an exam hall. The mono-pitch roof is supported by bow-profiled steel trusses roof structure. The arrangement of these trusses facilitates large clerestory windows on the long north and south facades of the hall to flood the interior with natural light.

< Back to projects
The Hive >