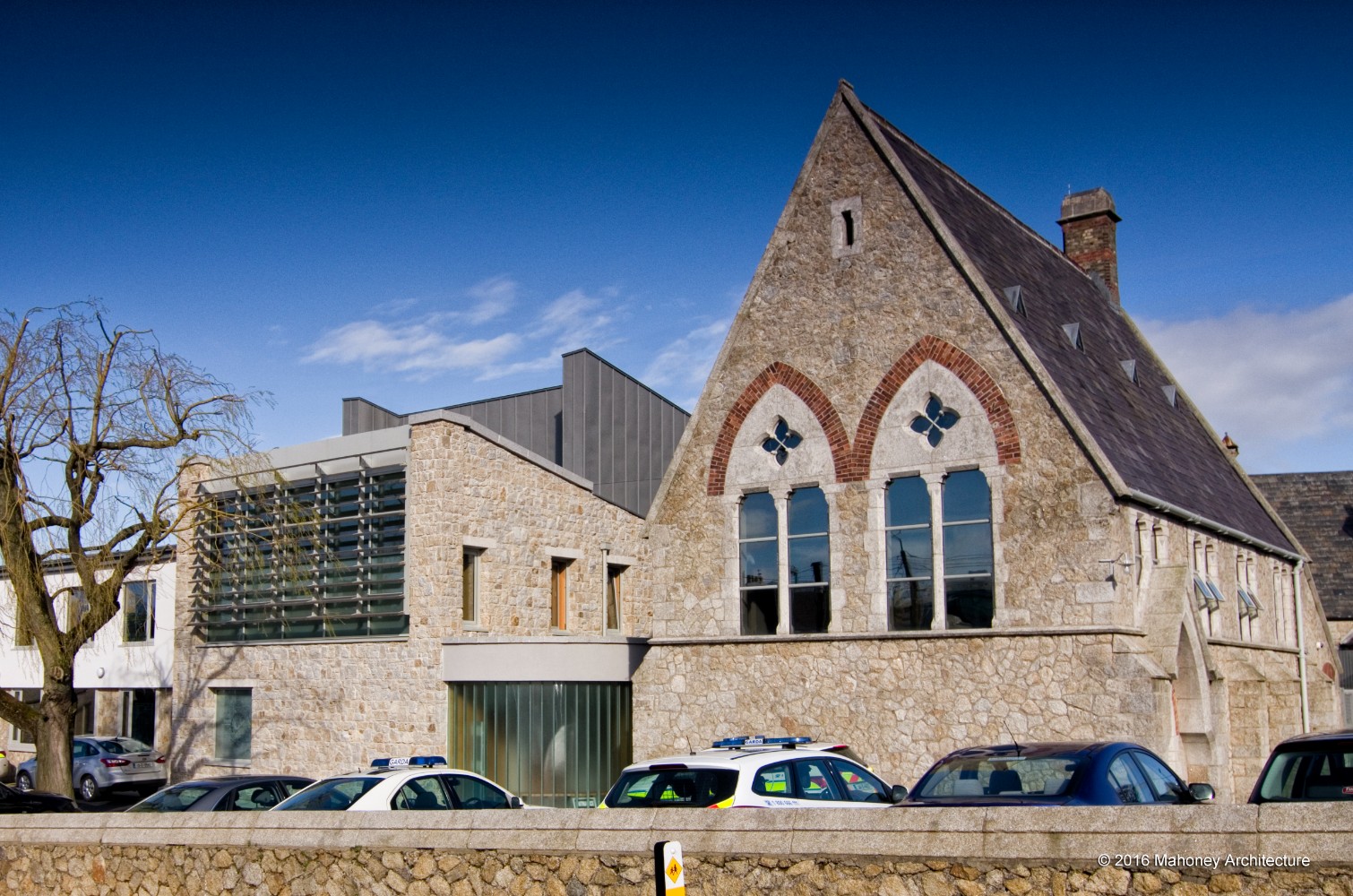 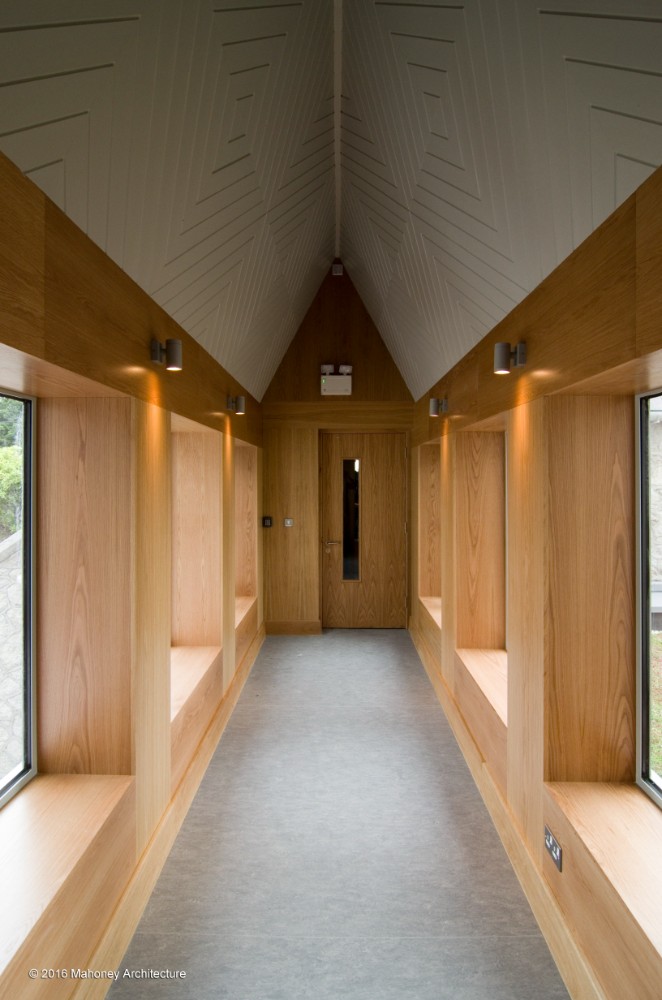 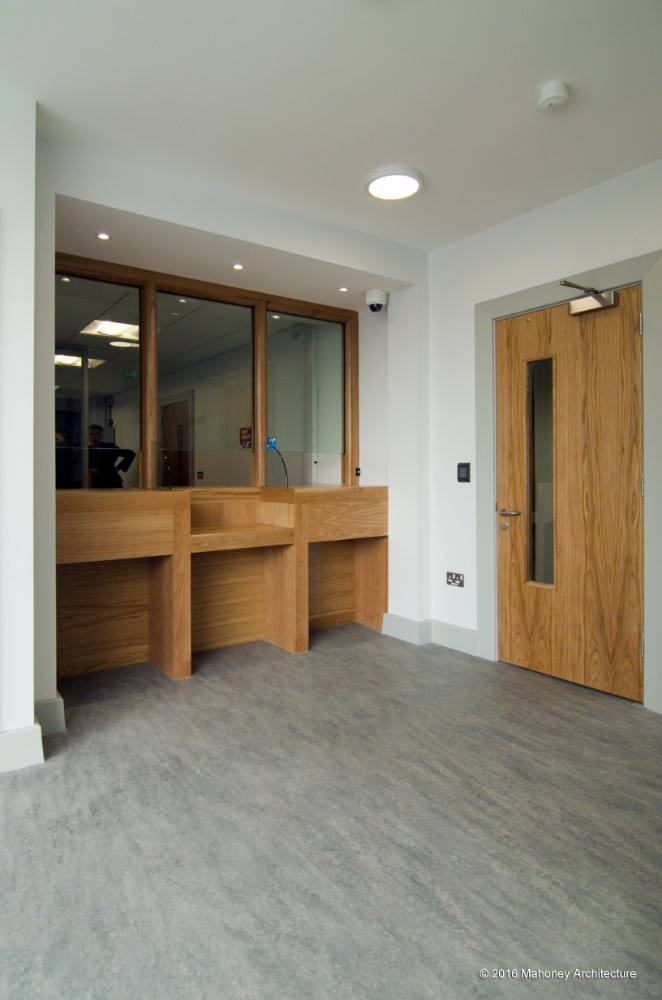 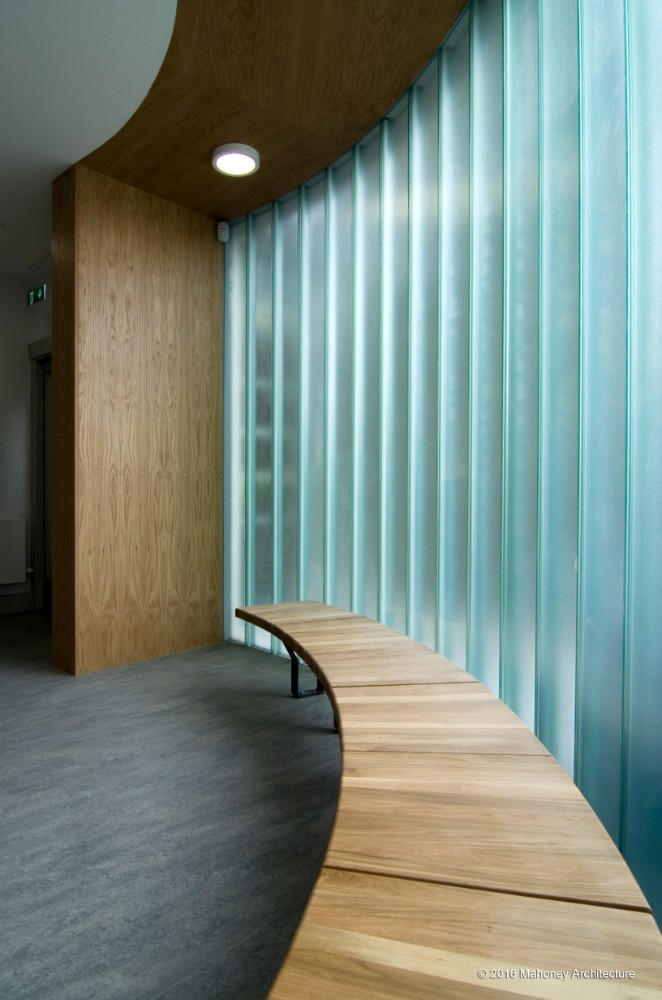 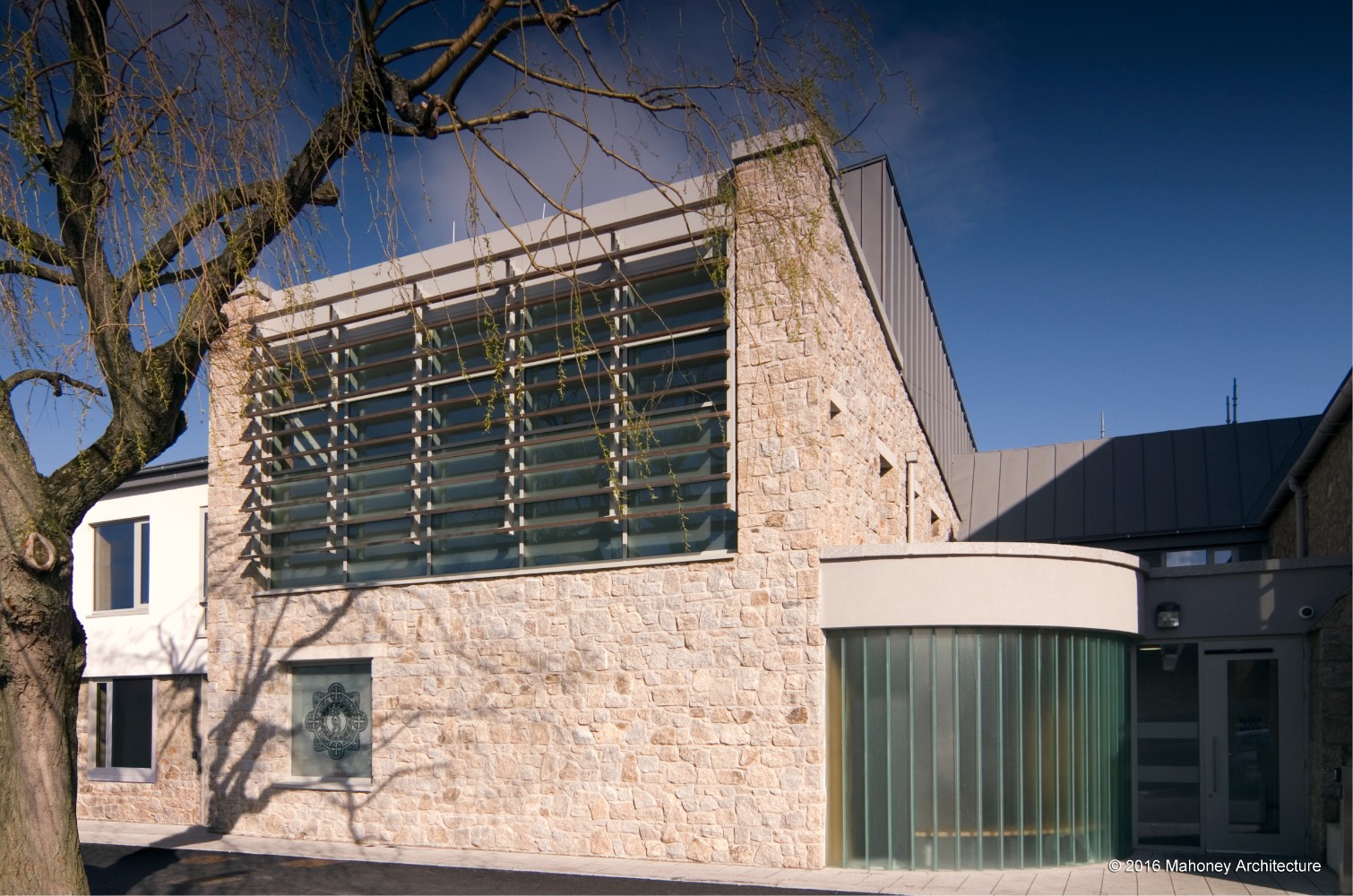 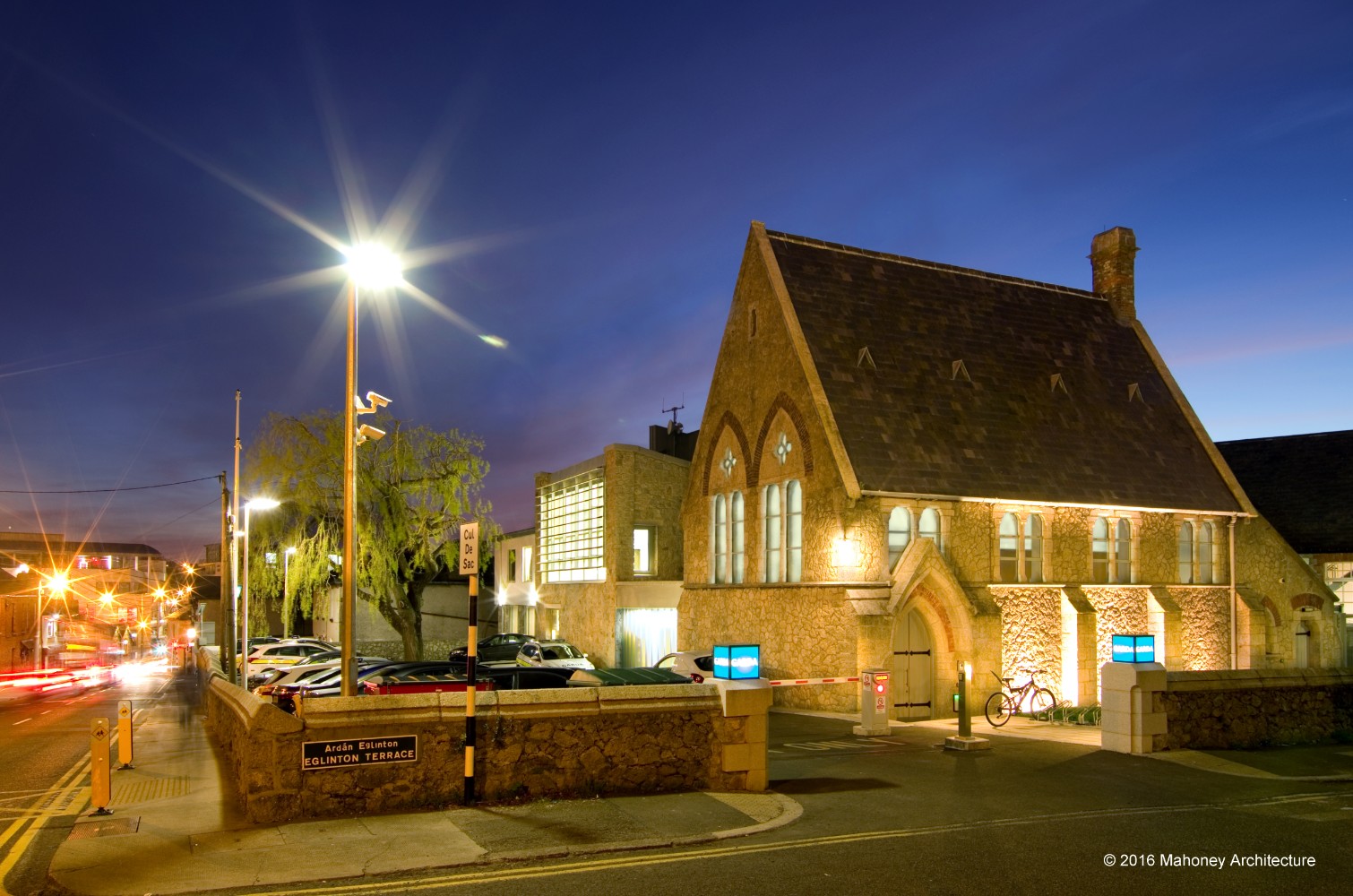 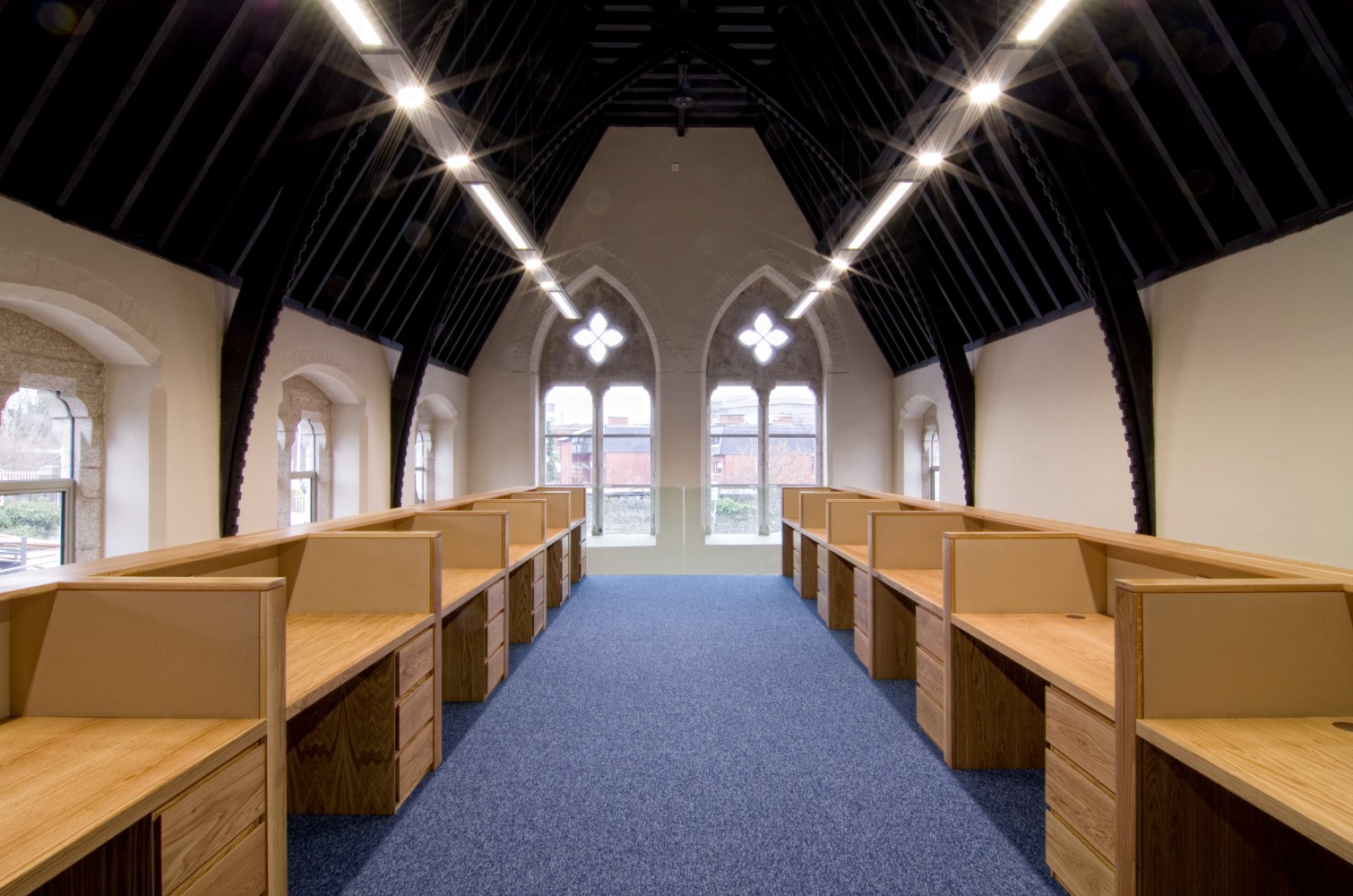 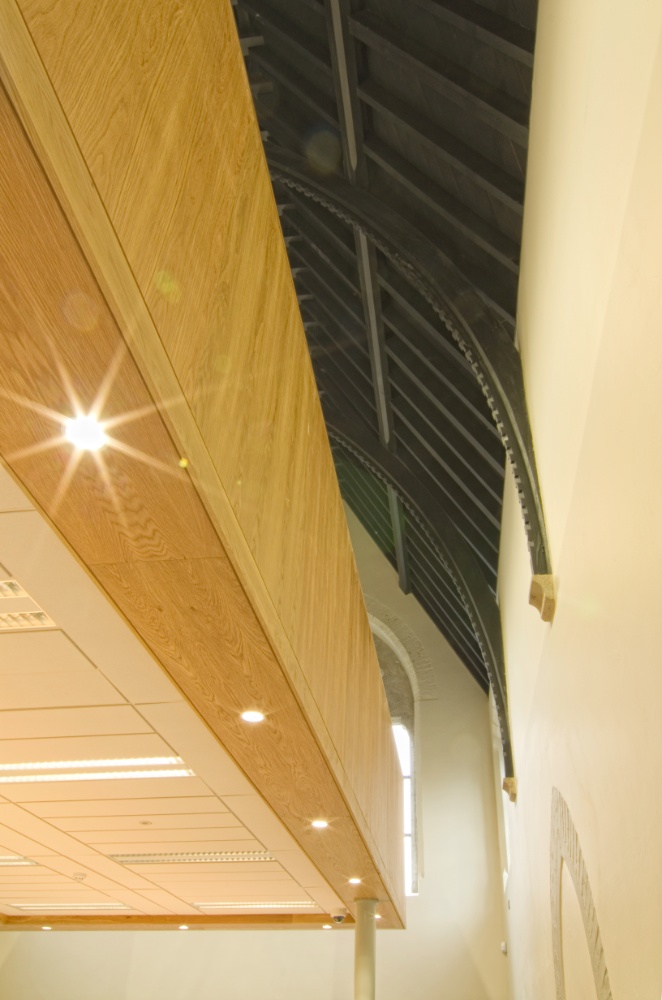 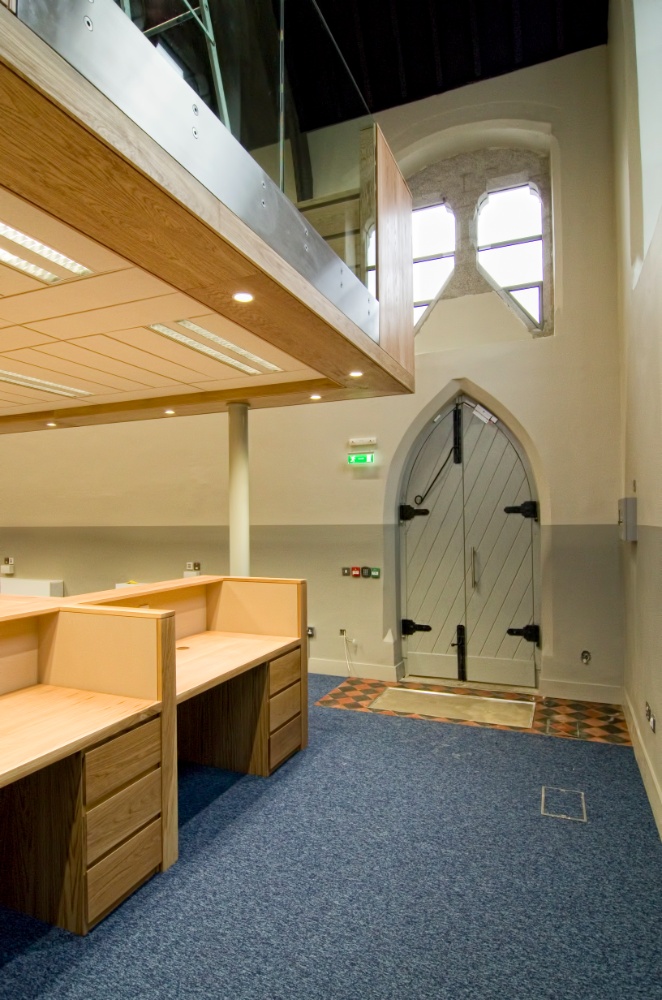 The redevelopment works involved in the full refurbishment of the Courthouse and including the insertion of a mezzanine floor within the main Courtroom space. In order to minimise the impact of the new structure on the character of the historic Courthouse the mezzanine is isolated from the historic fabric and is freestanding within the space.

The 1970’s building was party demolished and replaced with new structures to provide a new detention area, a public office, parade room and changing facilities for the Garda. The new build element features a large glazed screen with horizontal cedar brise-soleil providing views from the interior to a Willow tree which had been retained on site. The public entrance follows a curved wall formed with channel glazing and the interior public spaces feature bespoke oak furniture. Random rubble granite was used on the street frontage to compliment the materials of the original building and harmonise the historic and new build structures.

< Back to projects
The Irish National War Memorial Bridge >