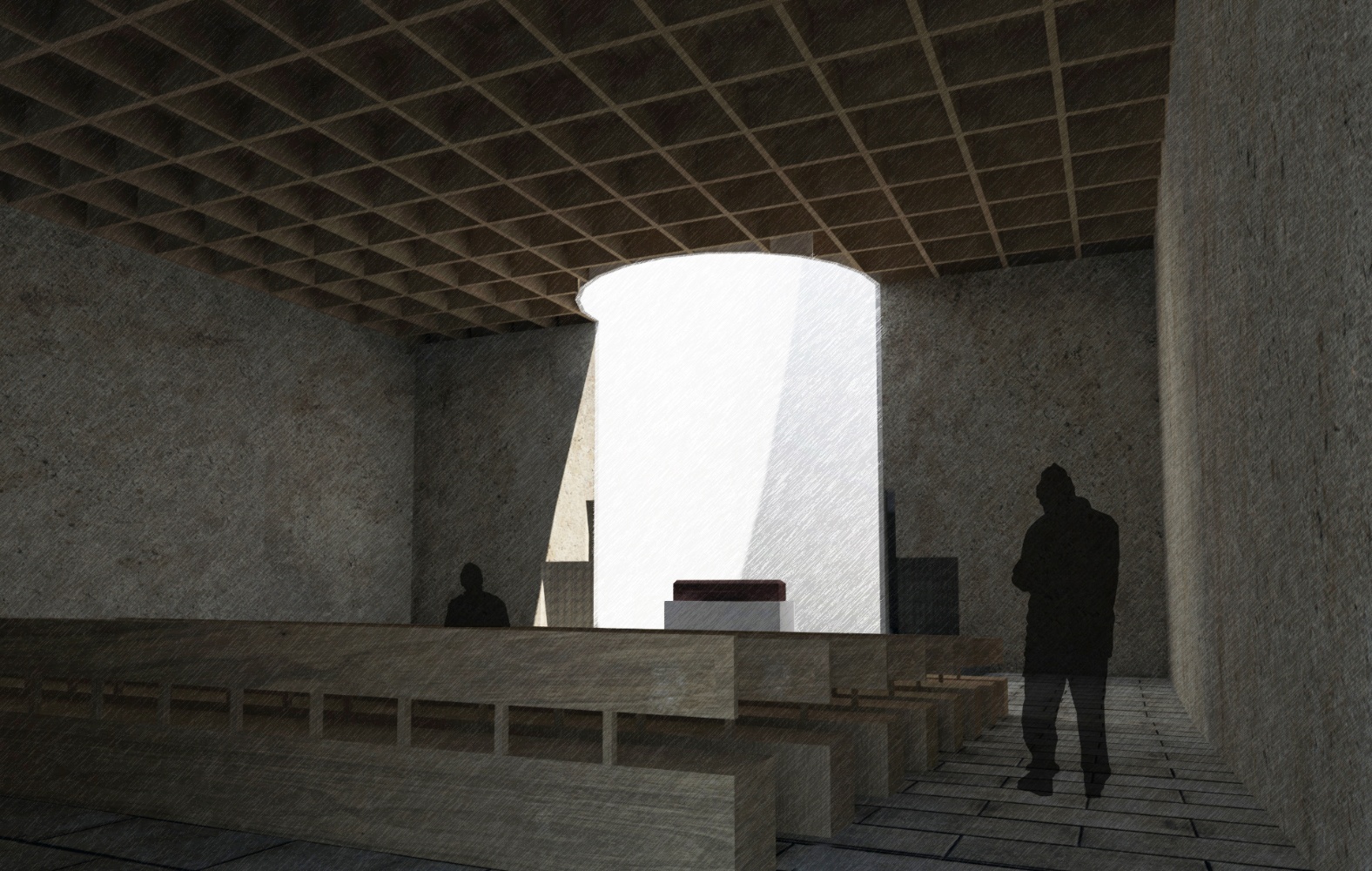 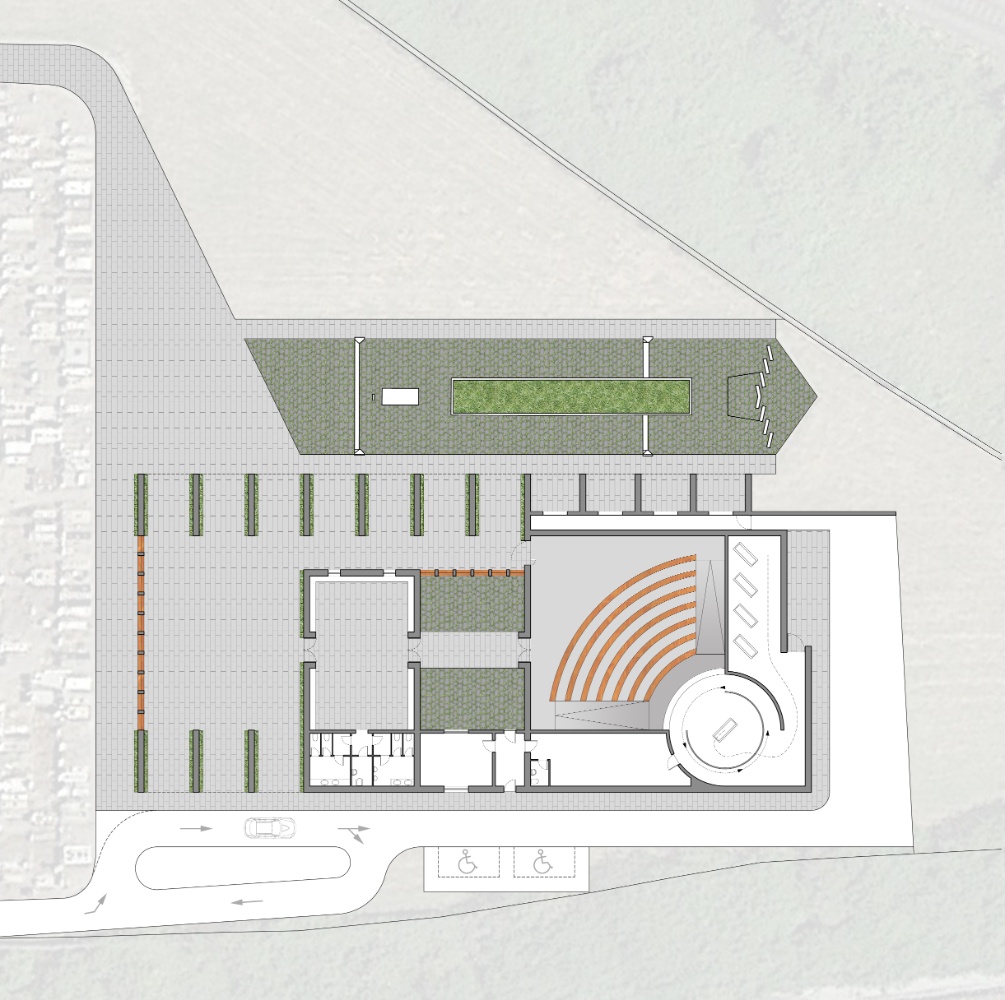 Viewed from the entrance to the cemetery, the building presents a colonnaded backdrop to the existing 1916 memorial.

The colonnade is formed from 6m high piers which are faced in riven travertine stone. These piers support a lattice formed from intersecting laminated timber beams. Mourners assemble in the forecourt under the timber lattice which supports a translucent fabric roof cover, before being guided through oak framed doors into the main chapel lobby.

The main chapel volume is a more darkened space, light is controlled here to focus the on the coffin which is illuminated under the top-lit cylinder. The chapel is rectangular in plan with the catafalque dais positioned centrally. Mourners enter the chapel at it’s south-east corner and file into the bench seating which slopes gently towards the dais.

After the ceremony, mourners exit the chapel at it’s north-east corner, entering into the colonnade which lines the 1916 memorial. An opaque screen formed by linen panels in a similar lattice structure as the roof, visually separates the exiting mourners from the courtyard garden to afford privacy between following ceremonies.

The mourners circulate along the colonnade back towards the forecourt where they can gather in small or large groups to reminisce and comfort each other before dispersing.

< Back to projects
Via Verde >