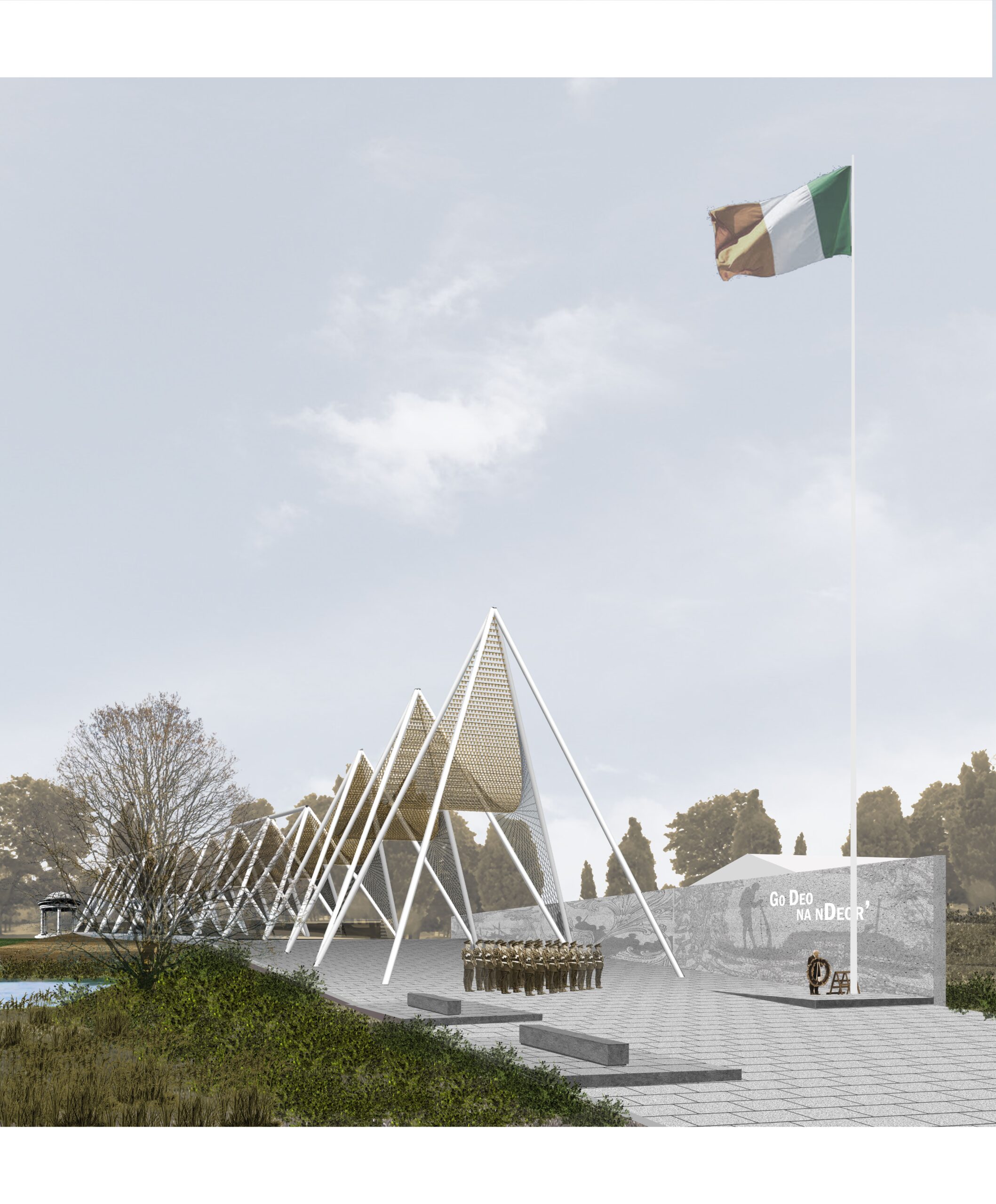 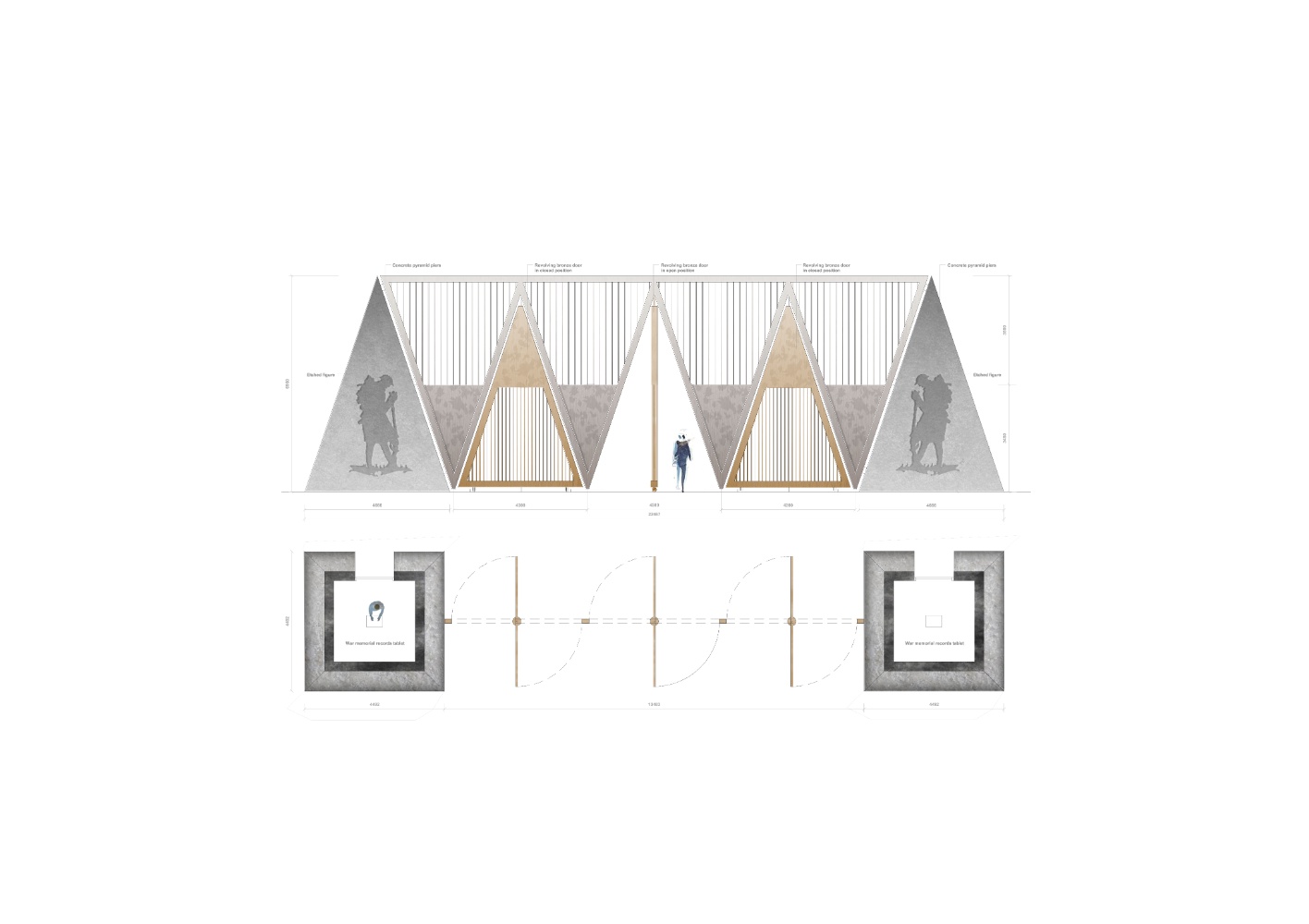 The structure of the bridge is based on the principles of an Inglis Bridge, a steel bridge design developed during the First World War. In our interpretation, a series of interconnected pyramids formed from circular hollow sections will cross the river in a single span. The Inglis Bridge is a highly efficient structure due to the deep truss principle and its form can be read either as a series of square based pyramids or as a series of inverted triangles. Our design expresses the latter, where the inverted triangles are part infilled with slender stainless steel cables woven to form a parabolic curve. Each two opposing curves will be connected by a network of thin cables to form a curved tapered canopy, creating a series of linked swags which span the full length of the bridge.

Thousands of metallic scales, in various finishes, will hang from this canopy to create a shimmering surface which will move freely in the breeze and glisten in the sunlight. The scales are inspired by the identity tags first worn by soldiers during the First World War and will evoke the memory of the many thousands of Irish men and women who have died in conflicts.

A new Gateway to the Memorial Gardens will be constructed off Chapelizod Road. The gateway will be centered on the axis of the memorial gardens and the bridge. The Gateway will be framed by two concrete pyramid-shaped piers. The surface of these piers will be etched with images based on Harry Clarkes illustrations in the War Memorial Records. A small room formed in the lower volume of each pyramid, will house a single tablet screen where visitors can scroll through the records of the war dead.

A stone paved Plaza slopes up gently to the level of the bridge. The Plaza is flanked on it’s western boundary by a long concrete wall which is also engraved with Harry Clarkes illustrations and the words ‘Go Deo na nDeor’ an Irish interpretation of Lutyens War Stone inscription, ‘FOR EVERMORE’. The wall is 5m high at its northern end and tapers down, at the same pitch as the ground surface of the Plaza, to a height of 1.1m at its riverside southern end. A section of the Plaza surface is formed level at the northern end of the wall to provide a ceremonial wreath laying platform adjacent to a 21m high flagpole.

The eastern edge of the Plaza will be lined with low concrete benches, providing a viewing point not only for ceremonial events but also, looking east, towards the lower reaches of the River below the weir.

< Back to projects
Glasnevin Chapel >