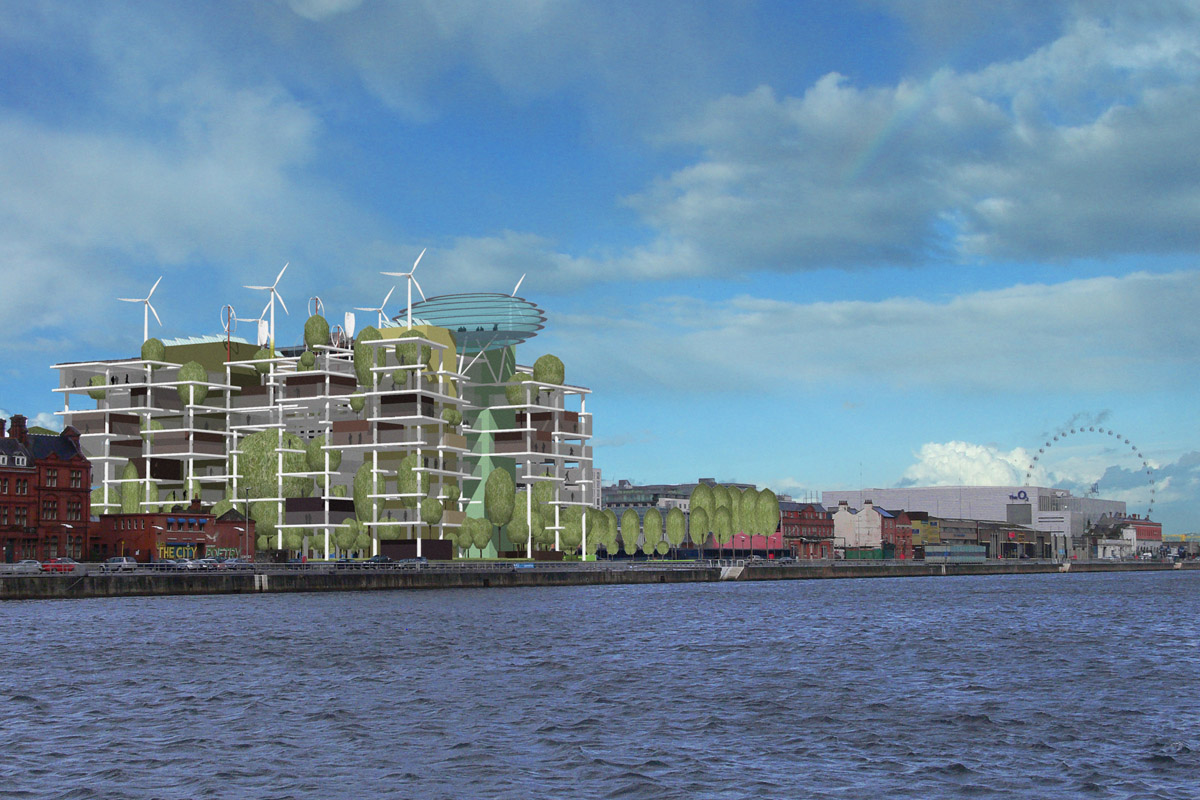 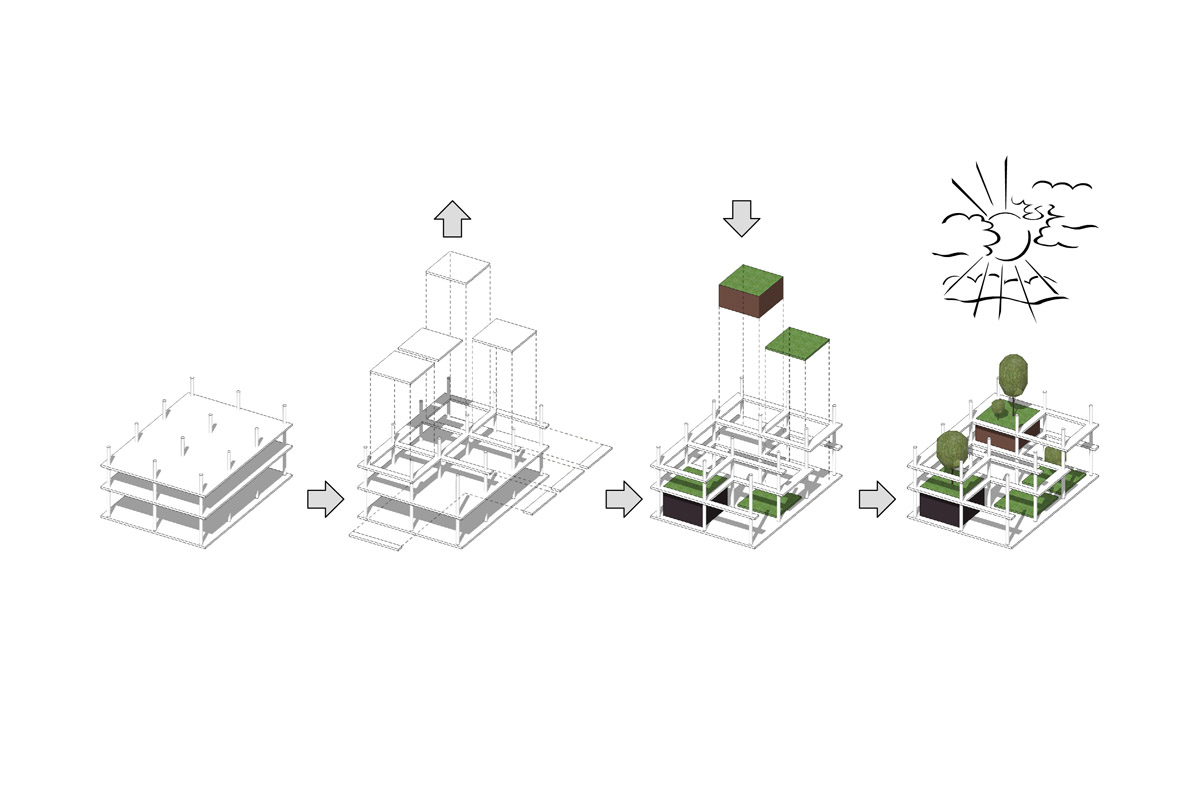 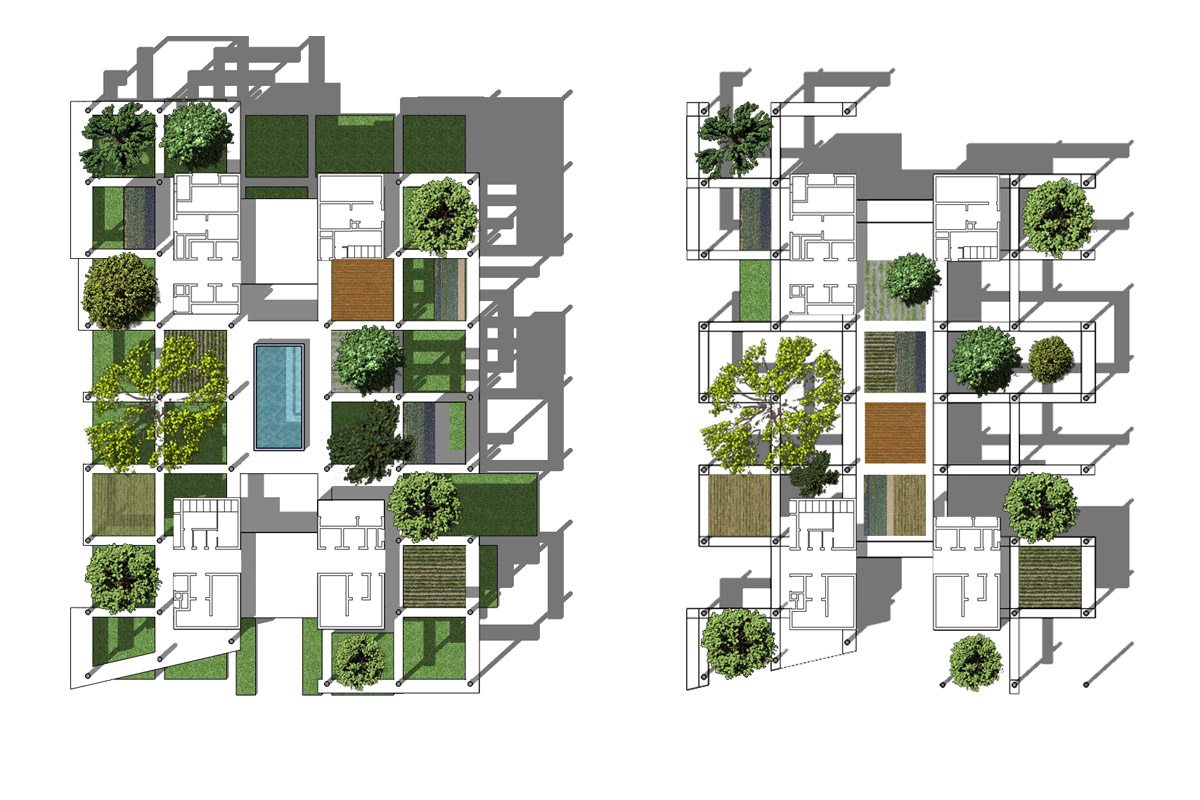 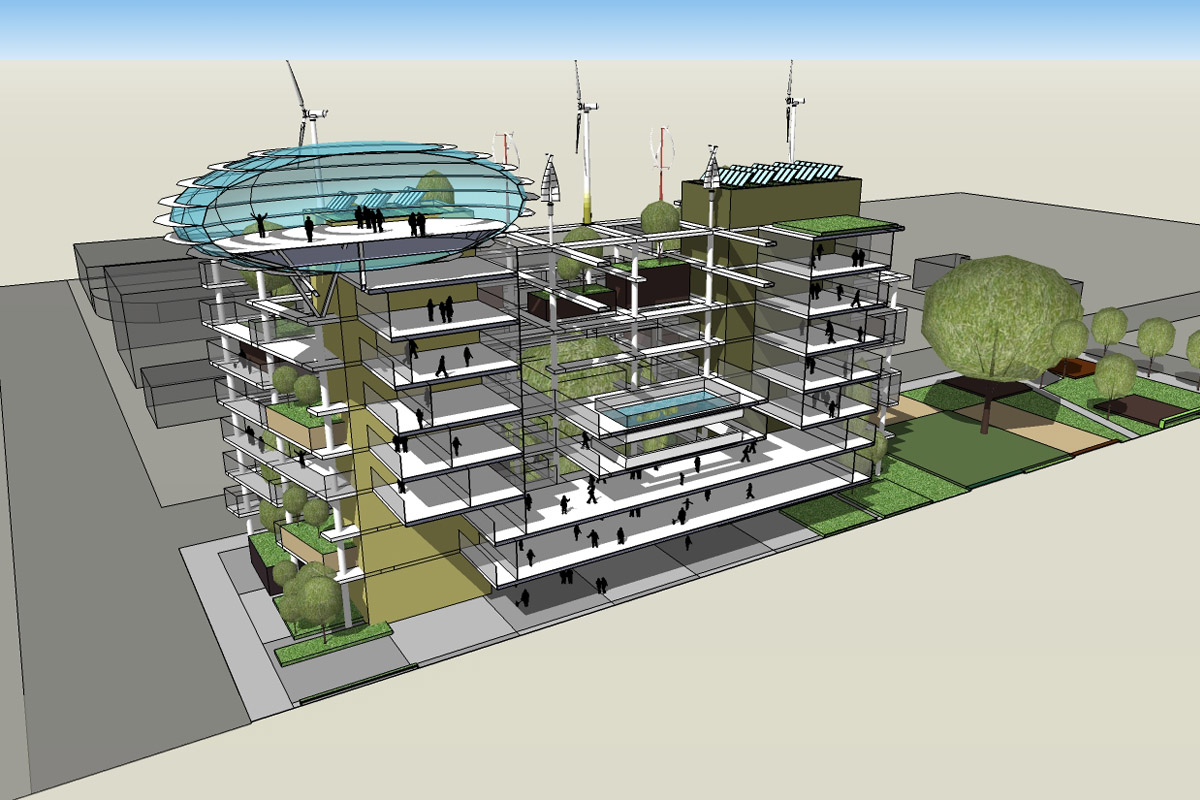 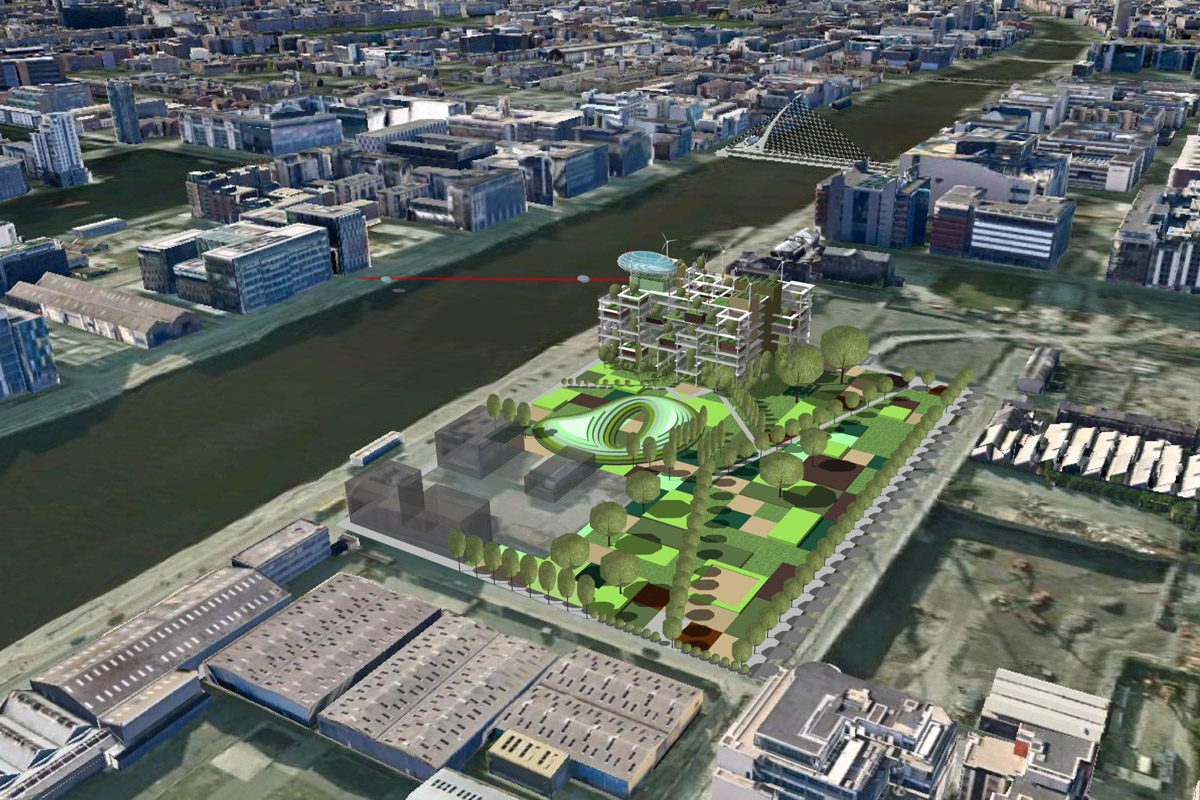 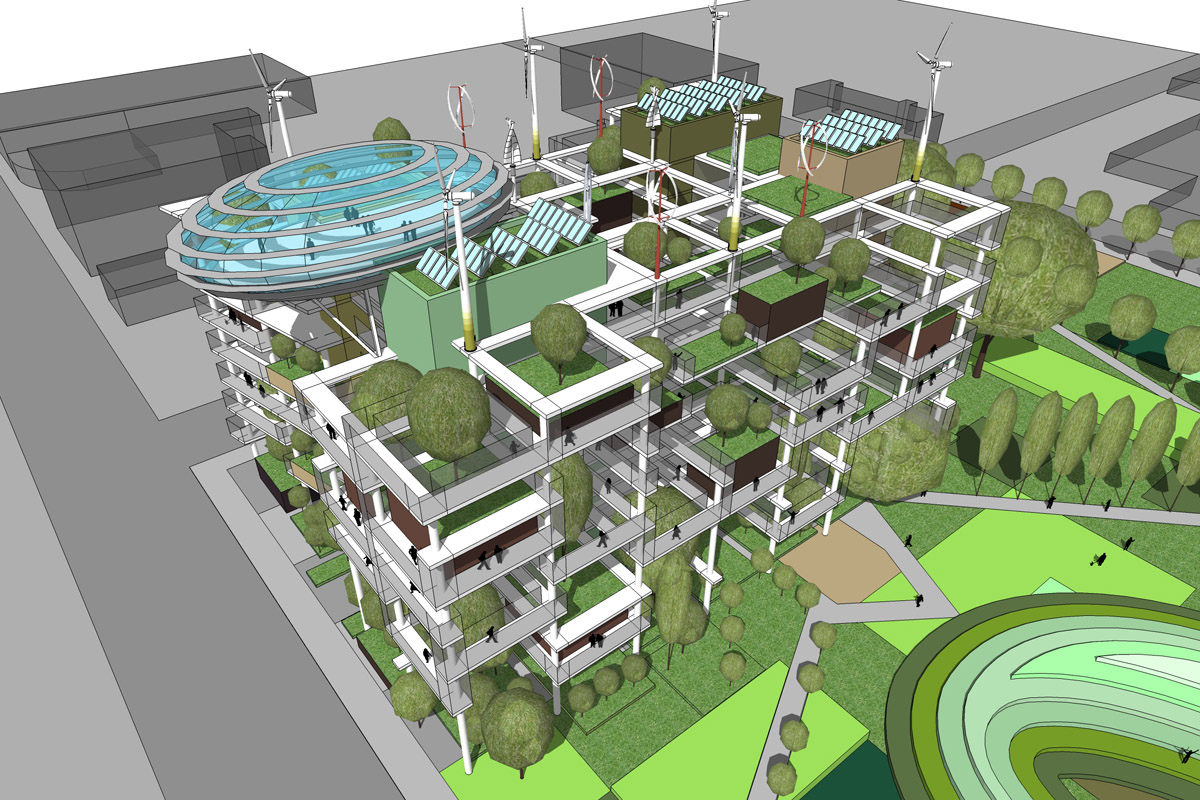 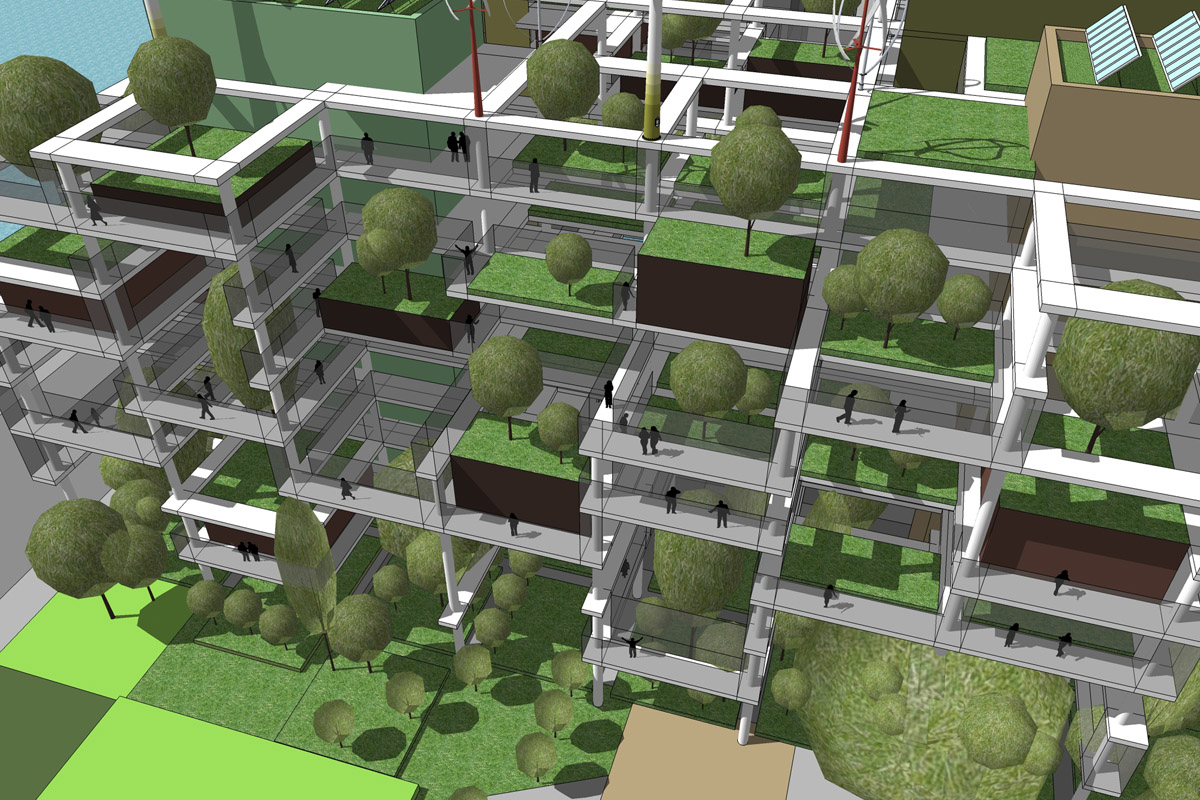 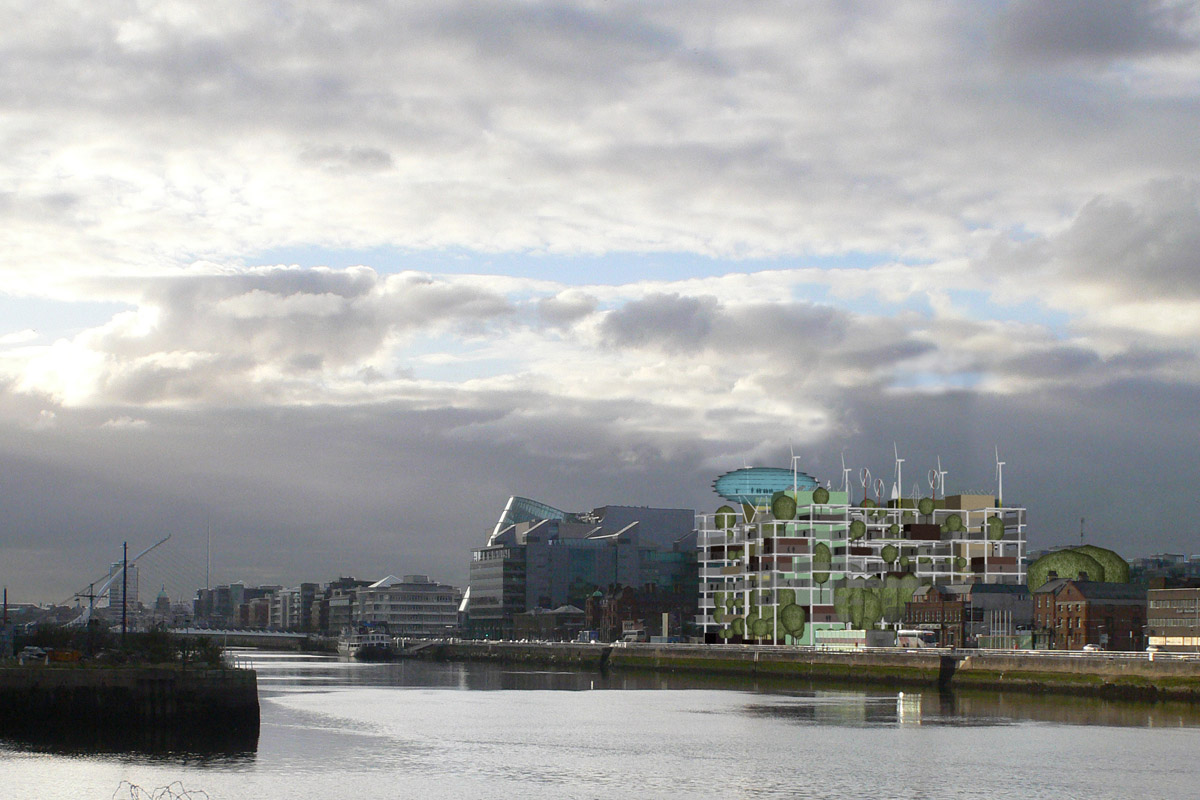 Trees on the Quays ‘TOTQ’

Trees on the Quays (TOTQ) is a concept response to the banking failures which caused the major downturn of the Irish economy in 2008.

TOTQ highlighted the need to establish a new national vision for a sustainable future.

The appropriate redevelopment of this highly provocative site requires a redemptive solution in the form of a viable public function relevant to the 21st Century. This can be achieved through the creation of an exciting new public space, imagined and sculpted from the abandoned concrete shell, where nature rather than commerce will re-colonise the structure

TOTQ is a unique opportunity, both in time and place, only now possible due to the extraordinary social, economic and environmental conditions, to create the first major new public space in the centre of the city since the Georgian era.

The TOTQ social media campaign embraces the concept of Collective Urbanism where citizens participate more directly in the planning and development of our cities.

The existing concrete floor plates will be punched out to create a honeycombed lattice. The resulting voids will be filled with banks of earth to create a stepped landscape.

The labyrinthine floor plates will form a three-dimensional maze. As visitors circulate the park, they experience new and diverse relationships between the city and nature, informing their understanding of the relationship between human activity and the environment.

The building core will provide accommodation for exhibition areas and research facilities.

Overlooking the city will be an ellipsoid structure ‘The Meeting Room For Very Important Decisions’. It’s location, above the failed edifice, provides a visual reminder of the higher values and long term thinking that must inform our future decisions.

TOTQ will establish a new focus within the city and will become the catalyst for the successful urban regeneration of the Area.

TOTQ is metaphor of hope for our future, and a constant reminder of the responsibilities we carry as Custodians of the land we inhabit – that the legacy of our decision making, actions and governance must be one focused on sustainable principles that will ensure the well-being of future generations.