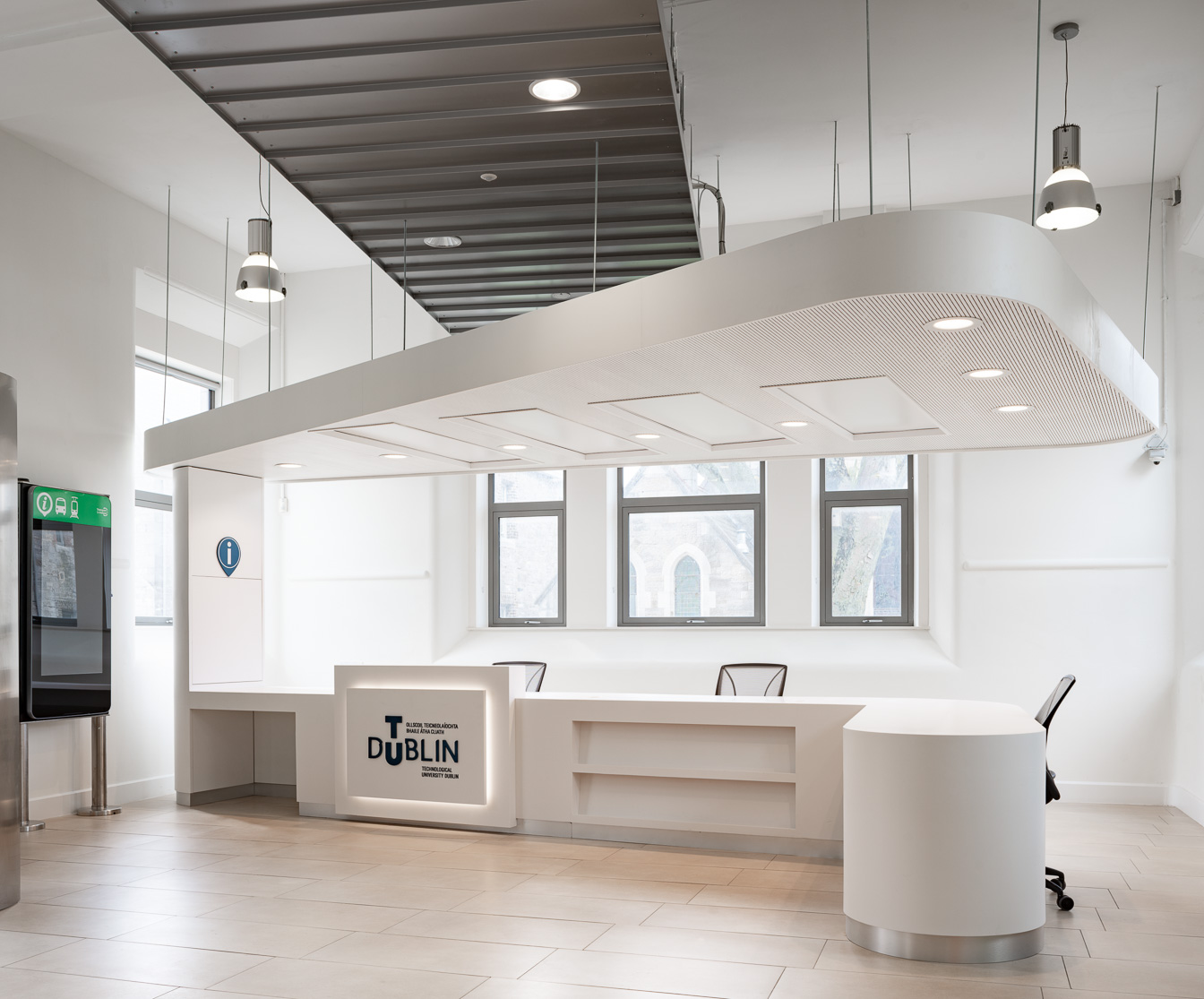 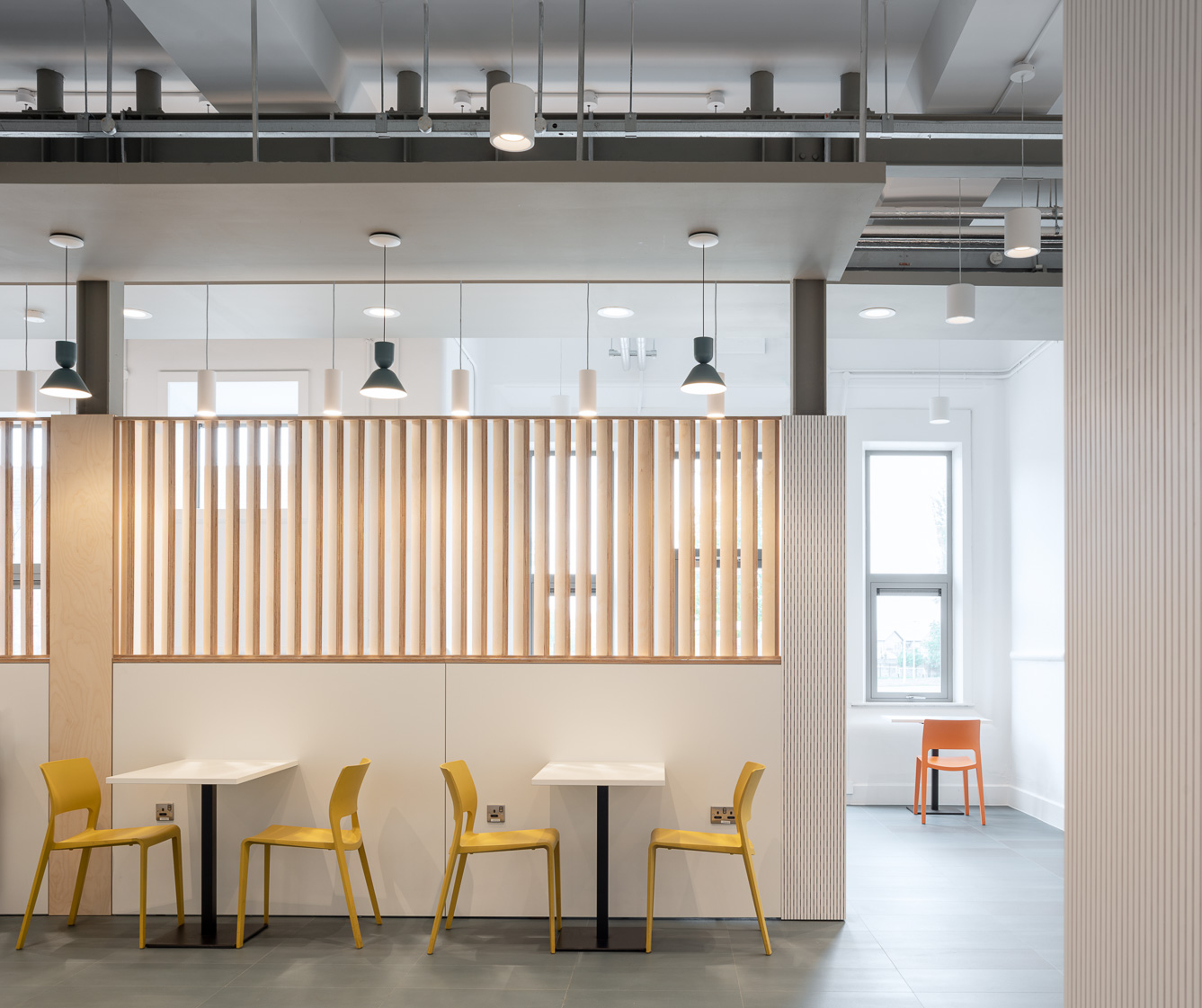 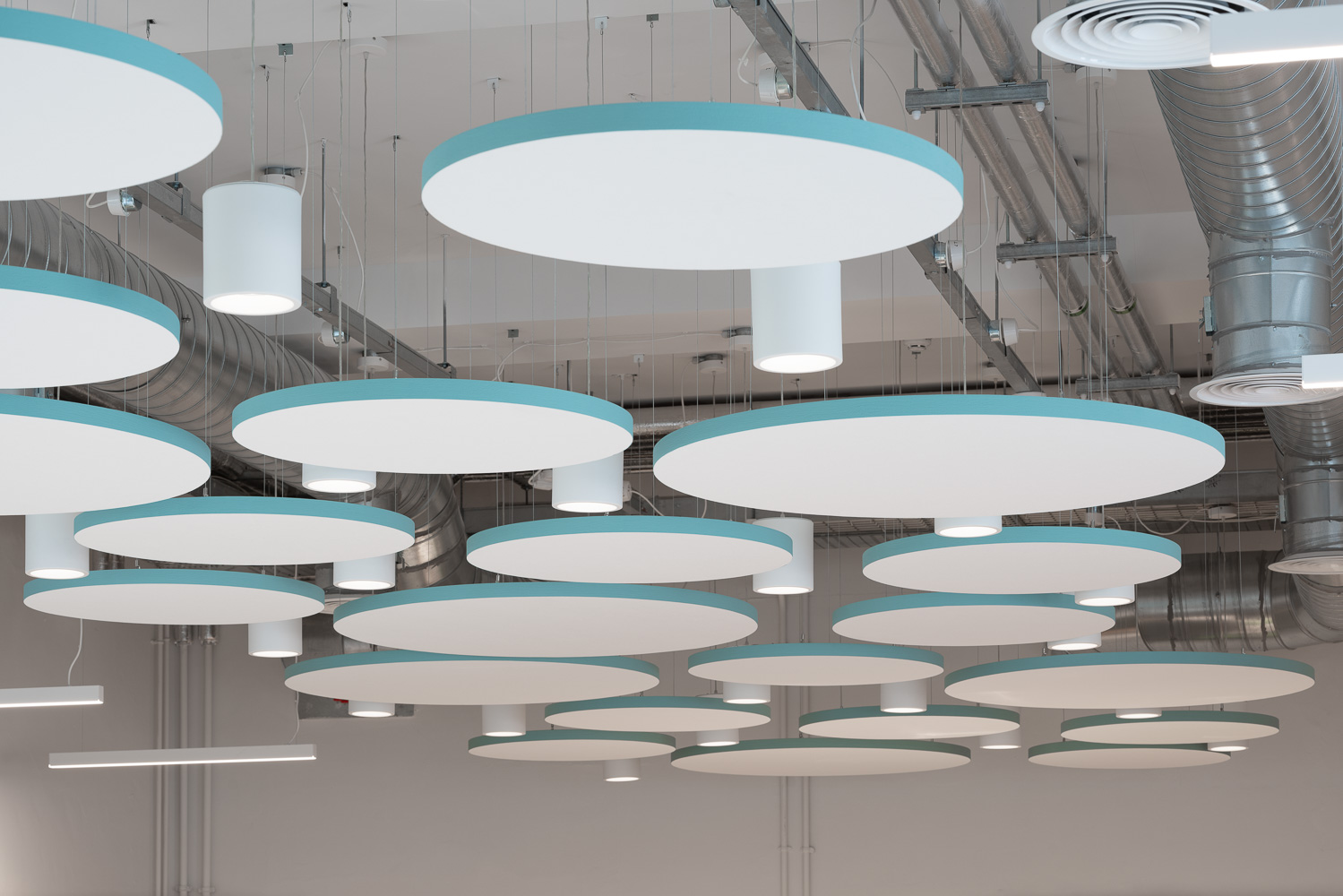 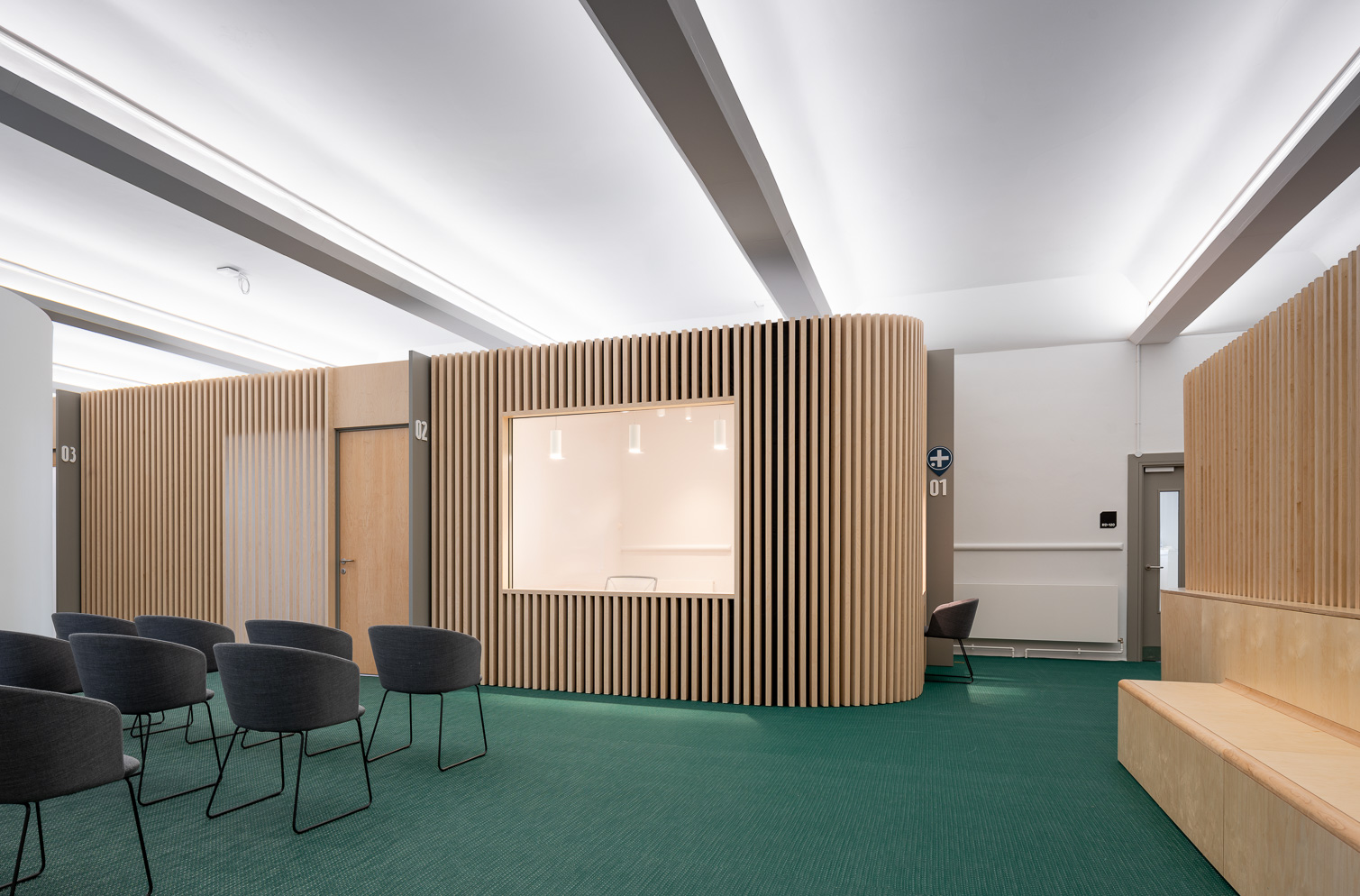 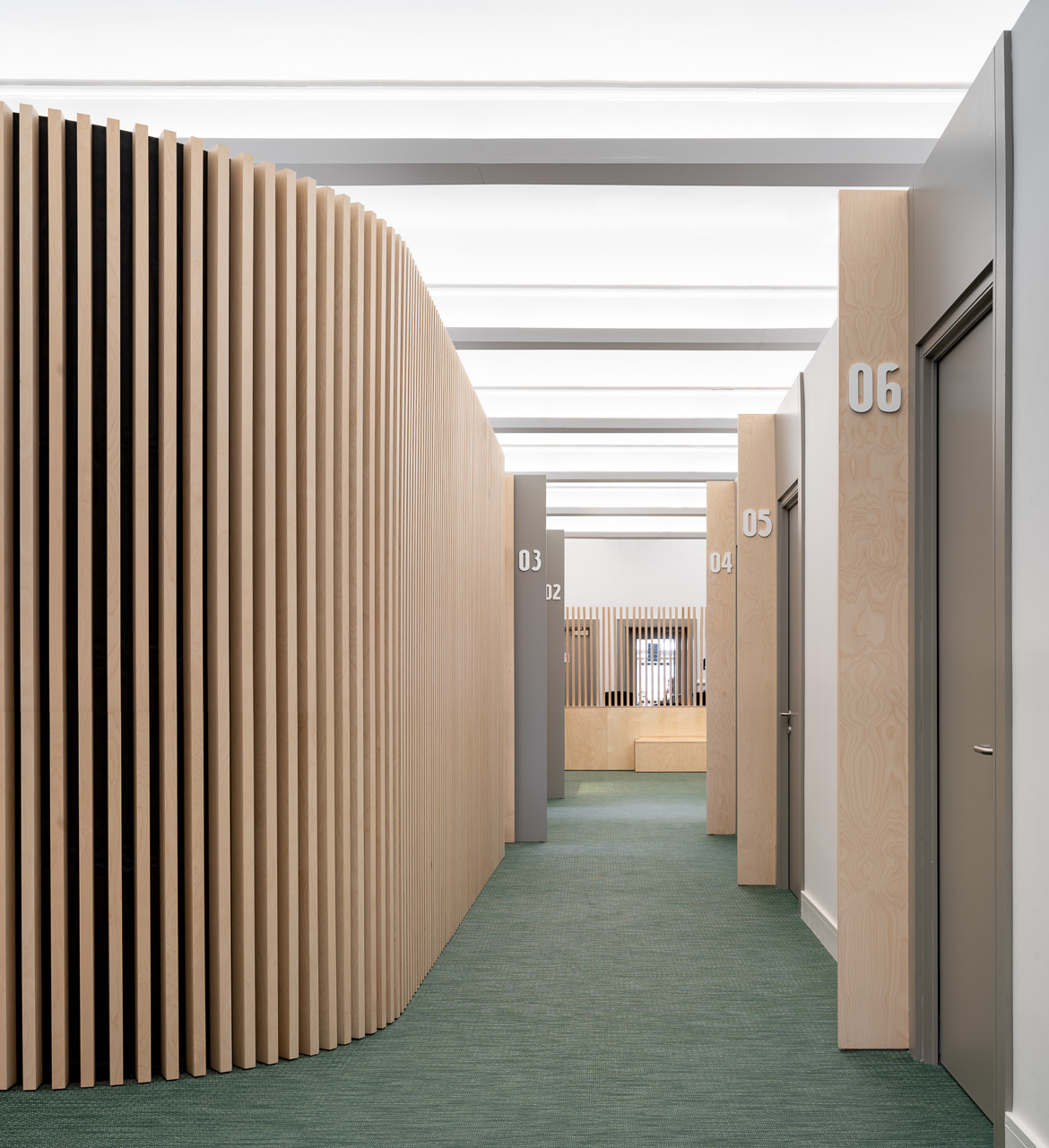 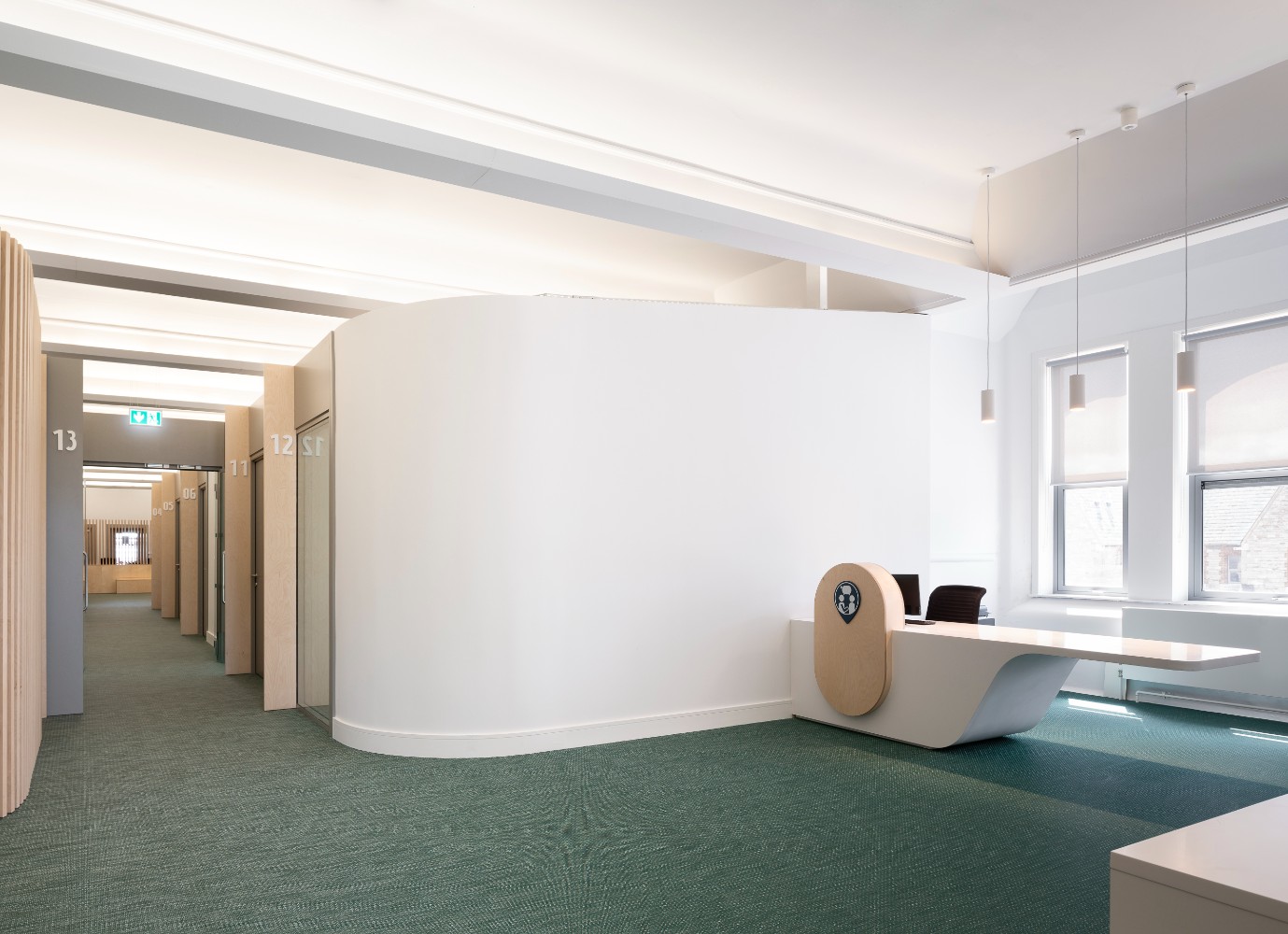 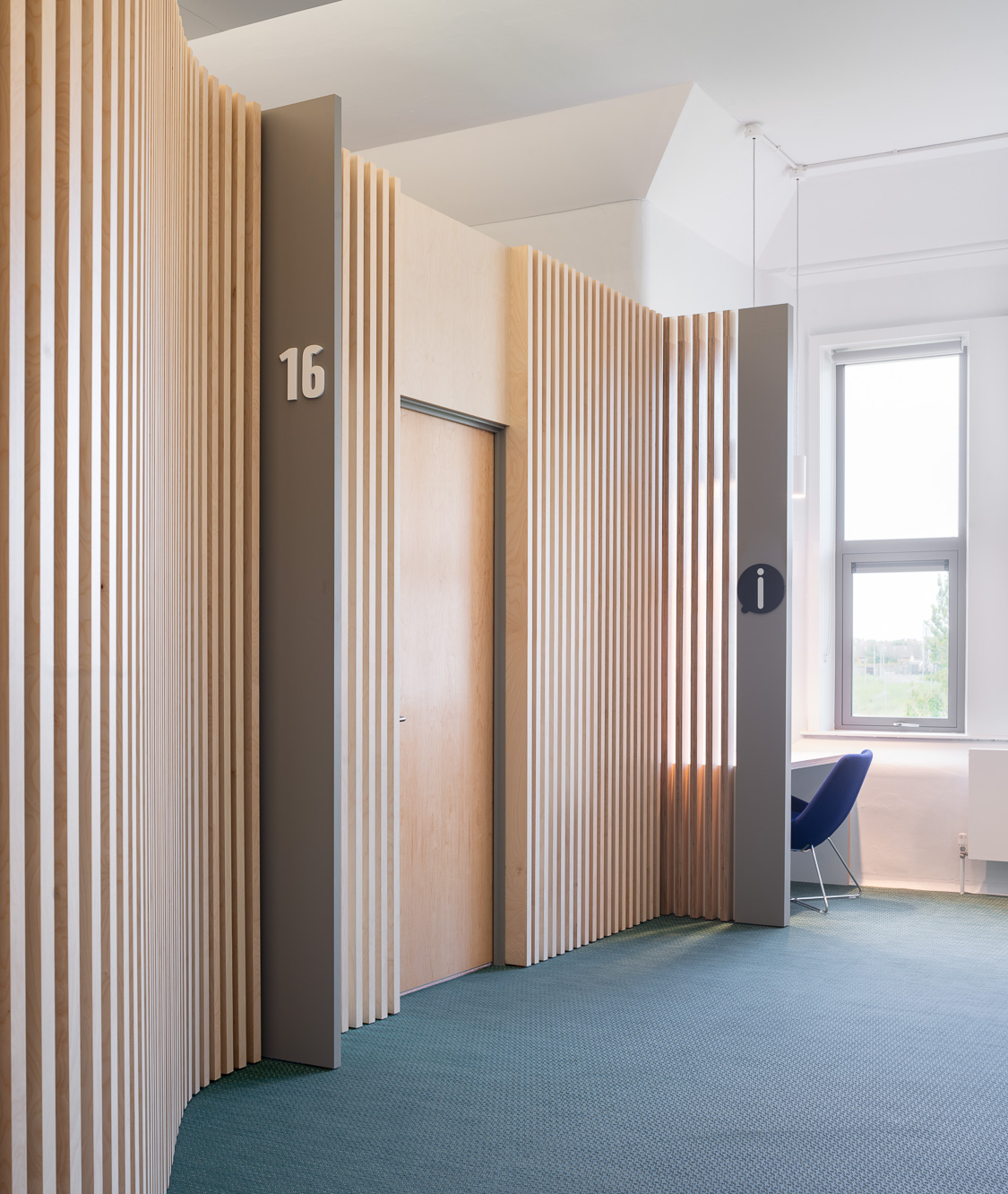 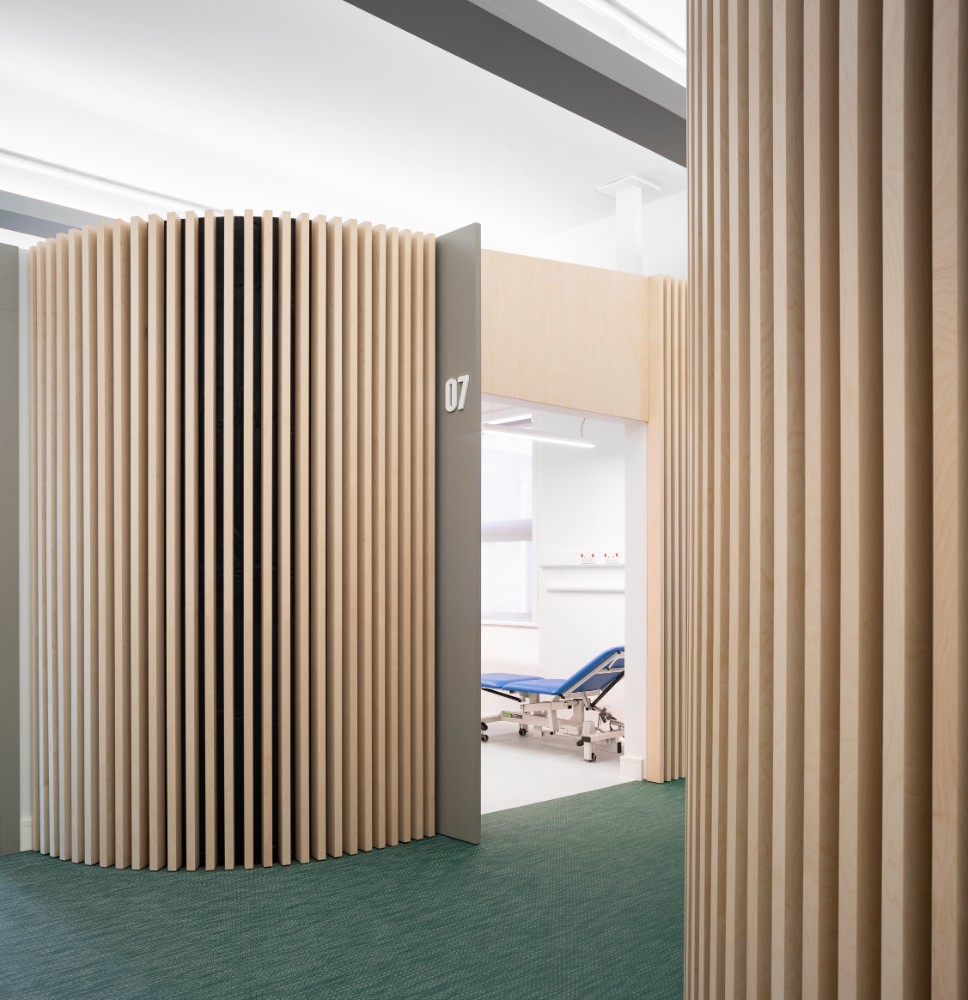 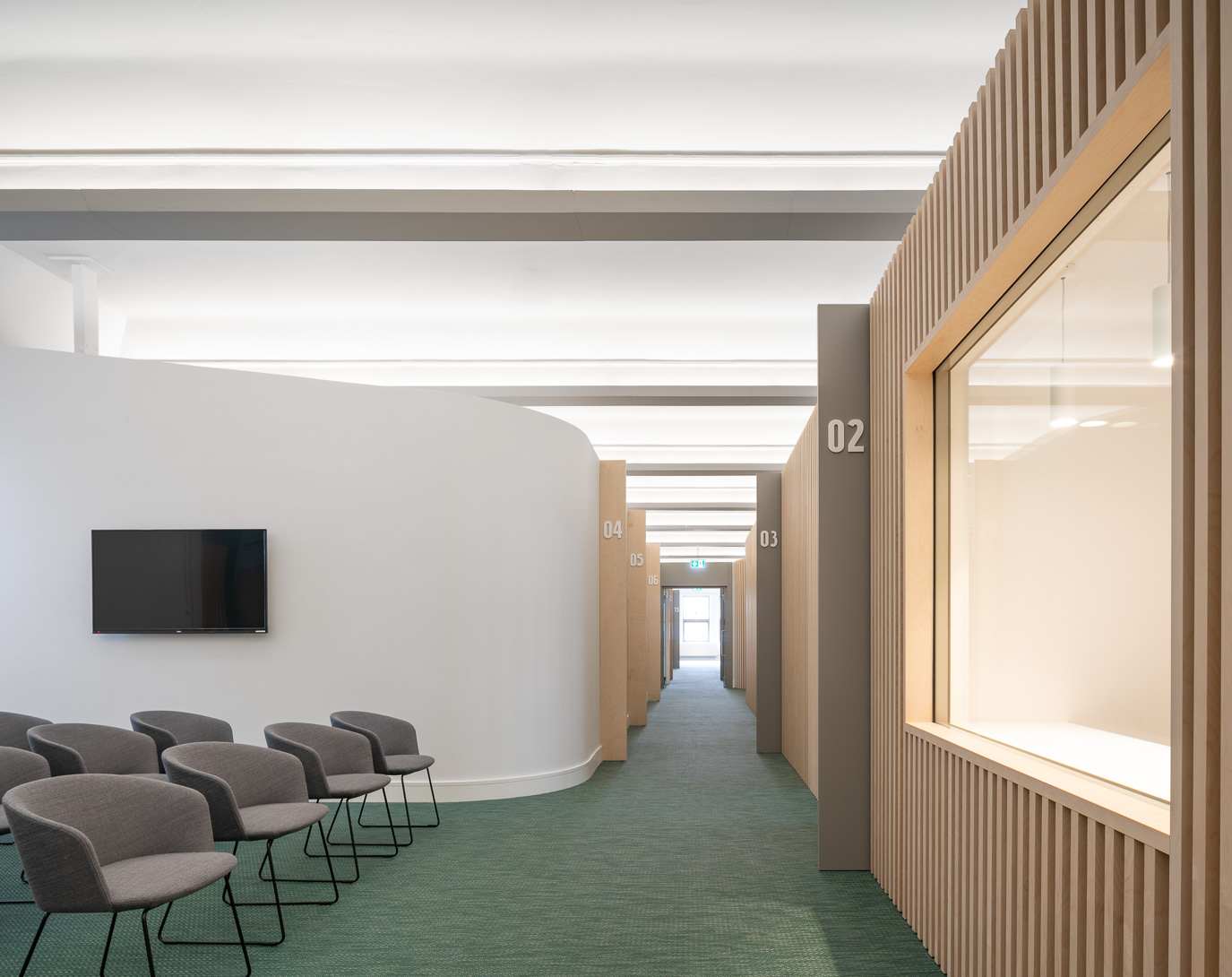 Rathdown House, a Protected Structure, originally the Female House at St Brendan’s psychiatric hospital, Grangegorman, is one of the remaining structures in the complex. The former hospital is now in reuse as part of TU-Dublin, a third-level educational facility. Rathdown House was adapted for reuse in 2015. It is located on the new pedestrian spine in the TU-Dublin campus plan and is one of the first building one encounters on entering from Grangegorman Lower to the east.

At ground floor level, the project involved the extension of the existing canteen into existing lecture rooms and the re-fit and upgrade of the canteen, including new extended kitchen, service/self service areas, and extension of the dining areas. A “One Stop” Student Services area to provide general information was also provided. The brief requested that poor acoustics be addressed as a priority in the design solution and that Universal Access be prioritised. All interventions were undertaken with a sensitivity to the Protected Structure status of the building.

At first floor, the existing library was stripped out and replaced with a bespoke Student Health and Counselling Centre. This facility necessitated the inclusion of several private medical and counselling rooms. The rooms were inserted into the space as timber clad pods, which stopped short of the ceiling to allow the exposure and appreciation of the original ribbed roof structure. Sensitively concealed up-lighting emphasised the ceiling detail. The pods engage in a light touch way with the historical fabric at wall and ceiling. The purpose group demanded good acoustic insulation and varying levels of privacy.

< Back to projects
Castleblayney College >